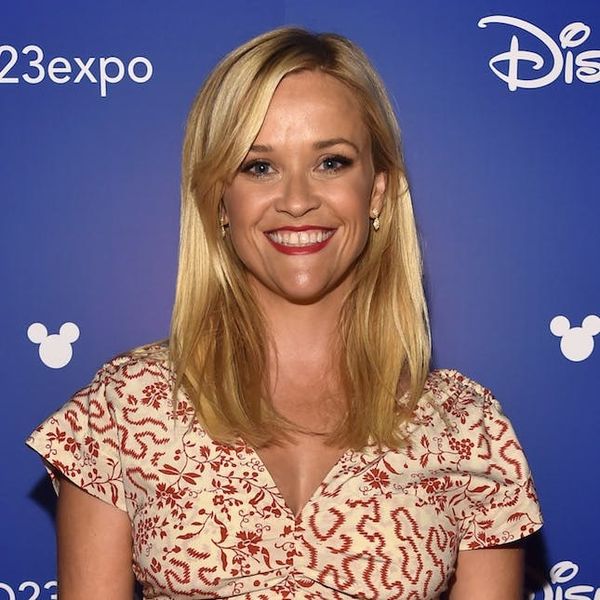 Even some of the biggest names in movies and music can disappear into obscurity, but others stand the test of time. Here are some of our favorite '90s "it-girls" who are still slaying. (Photos via Getty Images)
Reese Witherspoon: We'd probably be happy with our '90s nostalgia and just perusing Reese Witherspoon's addictive, colorful Instagram, but between Big Little Lies and A Wrinkle In Time, her acting career is better than ever. (Photo via Frederick M. Brown/Getty)
Jennifer Aniston: The days of "the Rachel" are long behind her, but Jennifer Aniston's no-BS attitude is stronger than ever — and we love her for it. (Photo via Jason Merrit/Getty)
Tyra Banks: From the Fresh Prince of Bel-Air to teaching the world to smize on America's Next Top Model, Tyra Banks is forever in our '90s-loving hearts. (Photo via Cindy Ord/Getty)
Winona Ryder: We are living for this iconic '90s star's recent-ish revival thanks to Netflix's Stranger Things. (Photo via Michael Loccisano/Getty)
Alicia Silverstone: If you don't still daydream about Cher Horowitz's wardrobe from Clueless, did the '90s even exist? (Photo via Jamie McCarthy/Getty)
Keri Russell: From playing a dramatic freshman on Felicity to her role as a Soviet spy in The Americans, Keri Russell's show-stealing performances — not to mention her underrated style — have made her a low-key icon to this day. (Photo via Ben Gabbe/Getty)
Claire Danes: Claire Danes was the star of one of the greatest teen dramas of all time, My So-Called Life, and along with her standout performance in Homeland, she takes red-carpet risks unlike most. We can't look away! (Photo via Jamie McCarthy/Getty)
Tia and Tamera Mowry: The Sister, Sister stars have evolved into lifestyle bloggers, DIY queens, and all-around cool moms. We love that they're still around. (Photo via Jason Merritt/Getty)
Mary-Kate and Ashley Olsen: At this point, we've basically grown up alongside the Olsen twins, and even if their lives are kept relatively private these days, we can’t help but be obsessed with everything they do (and wear). (Photo via Dimitrios Kambouris/Getty)
Natalie Portman: Natalie Portman made the transition from precocious child actor to Oscar-winning it-girl so seamlessly, it's like no time passed at all. (Photo via Pascal Le Segretain/Getty)
Sarah Michelle Gellar: SMG is an Instagram throwback queen and our '90s selves are very, very okay with it. (Photo via Frazer Harrison/Getty)
Beyoncé: It's hard to believe that Beyoncé’s been in our lives for more than 20 years. It goes without saying that she remains the Queen Bey — and very likely will for a long time. (Photo via Dimitrios Kambouris/Getty)
Kirsten Dunst: Kirsten Dunst has gone from child actress to teen rom-com star to Emmy nominee (for Fargo). (Photo via Nicholas Hunt/Getty)
Nicole Villeneuve
Nicole is an entertainment and lifestyle writer covering pop culture, news, and cool women doing cool things. She likes yard sales, MTV's Teen Mom, and putting too many memes in the group chat. She lives in Toronto.
Celebrity News
More From Celebrity News