11 of the Best Books by Your Favorite YouTubers 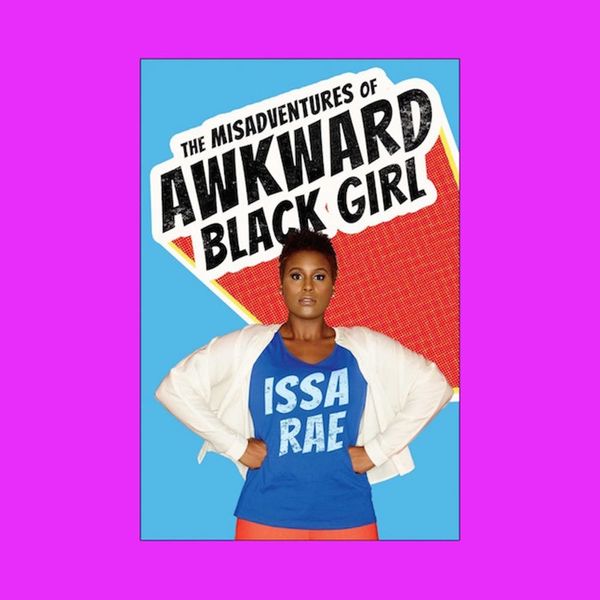 YouTube is a treasure trove of people who know how to do things better than most of us. Whether it’s figuring out how to contour, making a cake that has a surprise cornucopia of colors inside or offering up clever home decor tips, it’s like a magical Internet land of gurus who willingly offer up their secrets. Some of the best YouTube stars have even landed book deals. Here, we’ve round up the best of the best for your literary pleasure.

1. Make Up: Your Life Guide to Beauty, Style and Success — Online and Off by Michelle Phan ($17): Seriously, is there anything Michelle Phan can’t do? The vlogger, entrepreneur and all-around lovely human being shares all her success secrets in this handbook. Want to launch your own brand? She has tips. Want to (finally) master eyeliner? Yep, it’s in there. She also shares personal stories from her own life, proving she didn’t get where she is now without a lot of hard work.

2. The Misadventures of Awkward Black Girl by Issa Rae ($16): We love Issa Rae for teaching viewers around the world that awkwardness should be embraced, not hidden. Her memoir is just as hilarious as her Awkward Black Girl YouTube series. She shares all the awkwardness she went through as a teen and how she learned to accept herself along the way. Read it while you wait for the premiere of her HBO series, which she’s currently developing now.

3. In Real Life: My Journey to a Pixelated World by Joey Graceffa ($12): If you think Joey Graceffa has already bared all on YouTube, think again. His memoir exposes what it was like for him growing up with an alcoholic mother, an autistic brother and experimenting with his sexuality. This book marks the first time Graceffa comes out as gay, something he didn’t talk about on YouTube until after the book was released earlier this year. It’s a heartwarming read, and you’ll cheer Graceffa on the whole way through.

4. Grace’s Guide: The Art of Pretending to Be a Grown-Up by Grace Helbig ($10): The 20s are a tough decade to navigate, but vlogger and E! personality Grace Helbig offers up her gems of wisdom on everything from getting through a breakup to landing a job to making your apartment look cute even when you don’t have a lot of money. She just gets it. She also shares plenty of her own missteps, making the book even more relatable.

5. I Hate Myselfie by Shane Dawson ($10): Shane Dawson won viewers over with saying the harsh truths everyone thinks but never says about celeb culture and also by not being afraid to share TMI stories from his own life. His book, which is similar in style, is a collection of essays that will leave you laughing and wanting to pass your copy along to a friend once you finish. But underneath the humor are hard truths he experienced as a kid, like getting teased for being fat and coming from a family with little money.

6. You’re Never Weird on the Internet (Almost) by Felicia Day ($19): For Felicia Day, the Internet was crucial for making friends. Being homeschooled didn’t allow her many chances to find other girls who were into gaming like she was. In this book, she celebrates the Internet in all its awesomeness, but she also keeps it real by talking about #GamerGate, when her personal information was stolen and exposed.

7. My Drunk Kitchen by Hannah Hart ($15): Hannah Hart’s YouTube series might have started out as a fake cooking show, but it really resonated with people who like to indulge in a little late-night snack after a night of partying. Her first cookbook is just as inventive as the series, and full of recipes you can make with stuff you probably already have in your kitchen — because waiting in line at the grocery store at 1am is a total buzzkill.

8. Girl Online by Zoe Sugg ($13): While vloggers are often full of helpful life advice, a couple of them have a knack for creating a juicy storyline. Zoe Sugg (known on YouTube as Zoella) is one of these people. Her first novel became a best-seller in the U.K. quickly after its release last year, and is gaining popularity here in the States too. The novel is about what it’s like to be a teen in the digital age, something this YouTube star knows quite a bit about. The dating drama, family craziness and friend fallouts will keep you reading to the end — and make you very glad you are no longer 16.

9. The Pointless Book: Started by Alfie Deyes, Finished by You by Alfie Deyes ($7): Sometimes you don’t want any advice; you just want something to do while you’re in line at the DMV or waiting for your friend to get the bar. YouTuber Alfie Deyes gives fans heaps to do with this activity book packed with wacky games. It also has an app (because, you know, he gets the Internet) so you can play on your phone.

10. The Epic Adventures of Lydia Bennet by Kate Rorick and Rachel Kiley ($9): This novel isn’t coming out until September 29, but it’s so great we had to include it. Friends Kate Rorick and Rachel Kiley became famous via their The Lizzie Bennet Diaries series, which is a modern take on Pride and Prejudice. Now, they’ve teamed up to write a novel from Lydia’s perspective. Lydia is a millennial who is just trying to figure life out after her sister makes their family famous through her viral blog. The coolest part? You can connect with the character on Twitter and Tumblr while you read.

11. Hello Life! by Marcus Butler ($14): This book isn’t coming out until November 10, but it’s a life guide of sorts that you’ll want to add to your Amazon Prime right away. Marcus Butler’s down-to-earth YouTube channel is known for its irrelevant banter, funny skits and the occasional discussion of some pretty serious issues. In his book, you’ll find advice on everything from being healthy to dating to getting what you want out of life.

Are you adding any of these books to your reading list? Which ones? Share in the comments.

Emily Laurence
Emily is a contributing writer for Brit + Co and former teen magazine editor. She lives in New York City, where she's on a mission to find the most delicious mocha in the East Village.
YouTube
Tech
YouTube