Beyonce's 'Homecoming' and 11 Other Netflix Originals for Music Lovers 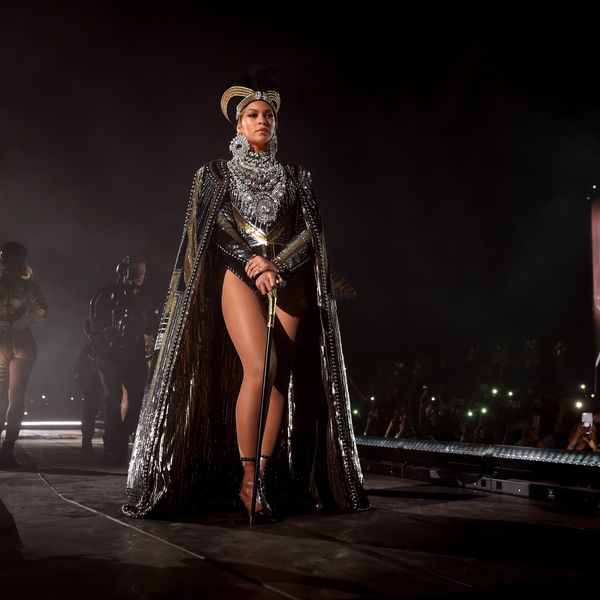 If you love music as much as you love Netflix, we have great news for you: The streaming service has a whole slate of original series, movies, documentaries, and concert specials for musically inclined viewers. Want to go behind the scenes of Beyoncé’s epic Coachella performance? There's a Netflix original for that. Missed Taylor Swift's Reputation tour? There's a Netflix original for that, too. There are also Netflix originals for fans of Barbra Streisand, Mötley Crüe, Justin Timberlake, and more. Click through for 11 titles from different genres, from pop to rock to hip-hop. (Photos via Kevin Winter/Getty Images for TAS + Greg Gayne/Netflix + Larry Busacca/Getty Images for Coachella + Netflix)

Homecoming: A Film by Beyoncé: Beyoncé's historic performance at Coachella in 2018 — AKA Beychella — eclipsed pretty much everything else at the festival. Now, in Homecoming, she's giving fans a behind-the-scenes look at every painstaking step of the planning and prep for the once-in-a-lifetime experience. The film, which premieres April 17, includes rehearsal footage, interviews, and even a few glimpses of Bey's adorable family. (Photo via Larry Busacca/Getty Images for Coachella)

Taylor Swift: Reputation Stadium Tour: Taylor Swift's 2018 Reputation Stadium Tour, which featured songs from her 2017 album, as well as chart-toppers from earlier in her career, broke the record for the highest-grossing US tour of all time and won Best Tour at the 2019 iHeartRadio Music Awards. If you weren't lucky enough to score tickets to one of the live shows — or if you were and just want to relive the experience — her Netflix special is a "memento of the memories" she made onstage. (Photo via Kevin Winter/Getty Images for TAS)

Justin Timberlake + The Tennessee Kids: Justin Timberlake teamed up with Netflix and director Jonathan Demme to give fans a look at his 20/20 Experience World Tour, which ran from November 2013 to January 2015. This special was filmed on the final two nights of the run and shows Timberlake in his element on stage, dancing, singing, and just generally having the time of his life. There's not a ton of behind-the-scenes footage, but with a concert like this, you almost don't want it anyway. (Photo via Dave J. Hogan/Getty Images)

Gaga: Five Foot Two: Lady Gaga bared her soul for this documentary about her life both in and out of the spotlight during the launch of her album Joanne and the lead-up to her 2017 Super Bowl performance. More than just a concert special, this film shows the loneliness and physical pain she was experiencing at the time, juxtaposed with some of the biggest highlights of her career. (Photo via Ronald Martinez/Getty Images)

The Dirt: Based on the book The Dirt: Confessions of the World's Most Notorious Rock Band by Neil Strauss, this Netflix biographical drama follows the formation of American glam metal band Mötley Crüe and their subsequent rise in the music industry. Things start out wild and then get wilder, as Nikki Sixx (Douglas Booth), Tommy Lee (Machine Gun Kelly), Mick Mars (Iwan Rheon), and Vince Neil (Daniel Webber) dive headfirst into the world of sex, drugs, and rock and roll. (Photo via Jake Giles Netter/Netflix)

Lost & Found Music Studios: This mockumentary-style teen drama revolves around a group of young musicians in an elite songwriting and performing arts program that could lead to the career of their dreams. It's a spin-off of The Next Step, which focused on young dancers in a similar give-it-all-you've-got situation, and while it's definitely cheesy at times, it's also fun and unabashedly joyful. (Photo via Netflix)

Westside: Westside follows nine musicians as they attempt to break into the industry and become stars — like The Hills meets American Idol. In fact, one of the stars, Pia Toscano, is an Idol alum. She and the rest of the cast — Alexandra Kay, Taz Zavala, Caitlin Ary, James Byous, Arika Gluck, Keith Harrison, Austin Kolbe, Sean Patrick Murray, and Leo Gallo — are offered the "opportunity of a lifetime" when they get a chance to create original music videos and perform at a nightclub in Los Angeles. That is, if their drama, self-doubt, and personal demons don't cause everything to come crashing down on them first. (Photo via Greg Gayne/Netflix)

Barbra: The Music… The Mem'ries… The Magic: Barbra Streisand's legacy spans six decades (and counting), 19 movies, dozens of albums, and now a Netflix special. In Barbra: The Music… The Mem'ries… The Magic, filmed as part of her tour of the same name, she performs some of her most iconic songs from through the years, shares stories from her life and career, and welcomes guests including husband James Brolin and actor-singer Jamie Foxx. (Photo via Tasos Katopodis/WireImage for BSB)

What Happened, Miss Simone?: You probably know Nina Simone's music, but how well do you know her? This Netflix documentary takes a look at the turbulent life of the American singer, pianist, and civil rights activist, sometimes known as the "High Priestess of Soul." Nominated for Best Documentary Feature at the 2016 Oscars, What Happened, Miss Simone? — which takes its name from a Maya Angelou quote — includes previously unreleased archival footage and interviews with Simone's daughter and friends to help us understand, if just a little, this legendary woman. (Photo via Tom Copi/Michael Ochs Archives/Getty Images)

The Get Down: Co-created by Baz Luhrmann and Stephen Adly Guirgis, The Get Down chronicles the rise of hip-hop in the Bronx in the 1970s, as seen through the eyes of a group of teenagers (including one played by Jaden Smith). The show only lasted one season, but what a season it was. (Photo via Netflix)

Hip Hop Evolution: Hosted by rapper Shad and featuring interviews with some of the most influential MCs and DJs of all time, Hip Hop Evolution earned both the 2016 Peabody Award and the 2017 International Emmy Award for Best Arts Programming. Over two four-episode seasons, it traces the genre from its early inception in the 1970s to its mainstream success in the 1990s. (Photo via Netflix)

Springsteen on Broadway: Bruce Springsteen's solo show might be one the best gifts Netflix has ever given us. The nearly three-hour special, filmed as part of the musician's residency at the Walter Kerr Theatre in New York City in 2017, is a moving, intimate piece of performance art and history — a live memoir told through music. You don't have to love Springsteen to love this show. But you will love this show. (Photo via Kevin Mazur/Netflix)

Desiree O
Desirée O is a ‘Professional Bohemian’ who loves anything and everything related to the arts, entertainment, and pop culture. She ADORES being a ‘Newsy’ for Brit + Co, covering all of the latest tidbits of awesomeness that you want to read about. When she’s not writing, she’s either making messy art, going on long adventurous walks with her camera, or poking around over at bohemianizm (http://www.bohemianizm.com/). You can find out about Desirée O and her work at http://DesireeO.com/ or follow her on Twitter @DesireeO.
Movies
Streaming
Movies Music Netflix Streaming TV
More From Streaming