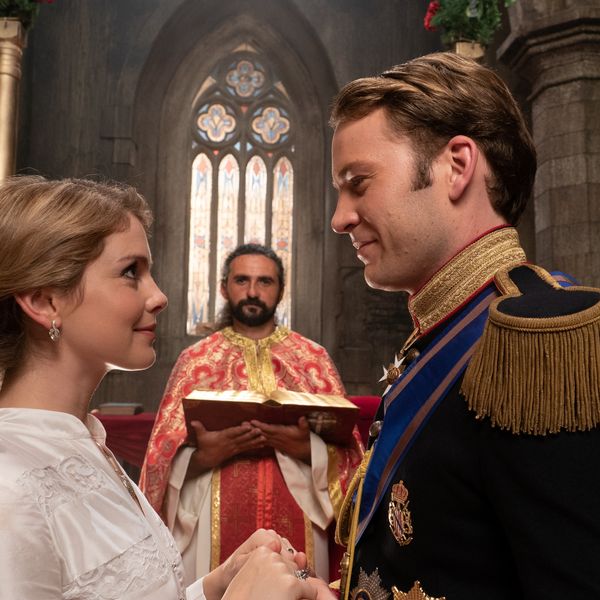 November is upon us, and you know what that means: the unofficial beginning of the holiday season! While it might still be a little early to put your tree up, Netflix is ready to dive headfirst into festive, feel-good movies this month. Along with the revival of a childhood cartoon classic, the final season of a popular series, and more, there are plenty of Netflix originals to keep you entertained in the weeks to come. Here are 10 of the most buzz-worthy titles to stream in November. (Photos via Netflix)

The Judgement (November 1): This subtitled series tackles some serious, timely, and potentially triggering subject matter. After a traumatic sexual assault at a party makes Lookkaew the target of gossip and judgment, she sets out to change the conversation and culture around victim shaming. (Photo via Netflix)

The Holiday Calendar (November 2): This, along with Netflix's other Christmas originals, takes a page straight out of Hallmark's holiday book, and we're very okay with that. The Vampire Diaries' Kat Graham stars as a photographer who inherits an antique advent calendar that seems to predict the future — and just might help her find true love. (Photo via Netflix)

House of Cards, Season 6 (November 2): Netflix's very first original series will come to a close with season 6. Robin Wright takes over the lead role as the President of the United States following actor Kevin Spacey's firing, and his character's subsequent demise. (Photo via David Giesbrecht/Netflix)

Westside, Season 1 (November 9): Netflix has described its new documentary series as a cross between Glee and The Hills, so truly, what more do you need to know? Westside follows a group of aspiring musicians trying to make it in Hollywood and sharing their triumphs and failures along the way. (Photo via Matthias Clamer/Netflix)

Dogs (November 16): Netflix's new dog-useries — sorry, we had to — tells the stories of several dogs and the humans who love them. There's Rory, a dog trained to detect seizures in 11-year-old Corrine; Ice, a 10-year-old Labrador who helps Italian fisherman Alessandro with the family business; Zeus, a Siberian Husky whose best friend and owner Ayham was forced to flee Syria without him; and more. (Photo via Netflix)

The Princess Switch (November 16): Vanessa Hudgens does double duty as a duchess and her commoner look-alike, who decide to switch lives temporarily. (Photo via Netflix)

She-Ra and the Princesses of Power, Season 1 (November 16): People who grew up watching the original series in the '80s will love this reboot for the nostalgia factor, and with any luck, a younger generation will love it for She-Ra/Princess Adora's dedication to fighting for good causes. (Photo via Netflix)

The Final Table (November 20): This new original cooking competition might be the biggest, most intense culinary test ever. Watch as 12 international teams of contestants try to impress celebrity ambassadors, top food critics, and world-renowned chefs with dishes from nine countries, including Mexico, Spain, England, Brazil, France, Japan, and India — all in the hopes of getting a seat at the final table. (Photo via Adam Rose/Netflix)