20 Celebrities Who Are Actually Superstar DIYers 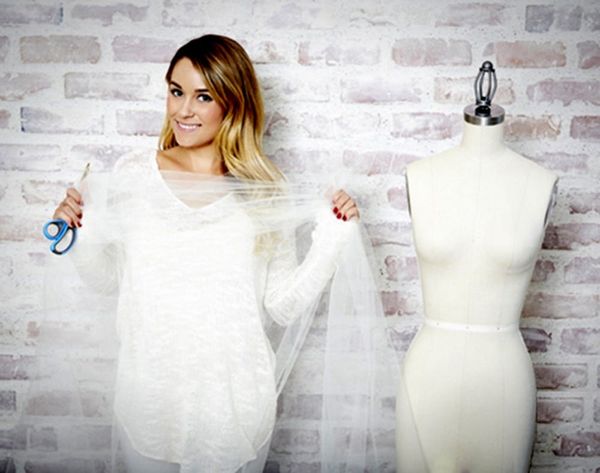 Whoa, do we have some serious celeb scoop to share with you all. It has nothing to do with the Illuminati (unfortunately), little to do with who’s currently dating whom (fortunately), but it’s a major Hollywood secret that we’re going to blow up right now. Get TMZ on the horn, y’all — we rounded up a list of superstars who are living second lives as Makers. From homebrewing to woodworking, knitting to homemade beauty and batches of baked goods that will sadly school your Z-list souffle any day, here is a list of celebrities who are keeping DIY alive in Tinsel Town. Stars, they’re just like us here in the Brit + COmmunity :)

1. Taylor Swift: Besides being the reigning queen of country pop crossovers, TSwift holds another crown, one that she probably glued glitter and gems on herself.

2. Tori Spelling: From gold-flecked brownie recipes to kid-friendly pop culture party ideas to upcycled projects (like the above refurbished flea market find!) Tori is a homemaker to the max for her and her fam. The star has a budding DIY empire on site ediTORIal and even hubby Dean McDermott talks making (and baking) on a section of his site called The Gourmet Dad.

3. Lauren Conrad: A fashion designer, an everyday beauty guru, a thrower of epic bachelorette parties and a DIYer?! And you thought “her 15 minutes” was the only thing the former reality star could make into something way more ;)

LC is also a master baker, as evidenced by her mouthwatering Instagrams. We’ll take a slice, Lauren!

4. Gwyneth Paltrow: There are homemakers and then there are mansion-and-beach-housemakers. Guess which category Gwyn and her lifestyle company Goop fit best into?

We kid, GP — we’ll come over for your fresh-made meals (especially this delicious looking brunch you recently Instagrammed) anytime.

5. Hanson: Newsflash for your friendly neighborhood hipster dude who think he invented craft beer — Hanson was there before you, brah. The MMMBoppers-turned-indie rockers are also the men behind MMMHops, a full-bodied pale ale brewed in their hometown of Tulsa, OK. Something tells us they have a bigger hand in this than, say, Britney Spears has in her line of perfume :’(

6. Jessica Alba: No, that’s not a TBT pic of Jess — it’s her mini-me Honor DIYing Valentine’s Day cards on mom’s site! The Honest Company’s blog is filled with DIY projects for the whole family. And you can bet that they’ll be kind on the planet!

7. Blake Lively: Known for whipping up treats to bring to set (including that cake for ex Penn Badgley), the Gossip girl has five star, haute gourmet chops. Nab her puff pastry recipe here!

8. Mindy Kaling: Maybe she’s a n00b in the 3D printing world for now, but after seeing her bracelet making skills at Google’s recent Made With Code event, we believe she has a promising future in the maker movement.

Everyone has to start somewhere, Mindz, why don’t you continue your studies at Brit + Co SF!?

9. Shailene Woodley: This all-natural actress is back to basics when it comes to her beauty routine and would rather make than buy. Shailene even almost became an herbalist (!!). She makes tea out of pine needles when she’s sick, brushes her teeth with clay, whitens them with sesame oil and suns herself to keep yeast infections at bay.

10. Gabby Sidibe: The Oscar-nominated actress said that her dream growing up was to be a seamstress — she even showed off some of her early work for Barbie on Twitter. We’d rock the look, one shoe and all.

11. Katie Holmes: Picture it — Katie and daughter Suri having QT crowded around the family sewing machine, making curtains and pillows for Holmes’ sweet home. Nope, that’s not a staged photoshoot for Vogue, that’s real life for crafty Katie who grew up in a home with a maker mom. “Bring lots of crayons, glue, good paper and you can turn any room into a very warm, familial place,” says Katie. Agree!

12. Busy Phillips: Another DIY mama on the list, Busy says that she and daughter Birdie are “really into arts and crafts. I’ve always been a crafty person.” One of their recent projects was turning a cardboard box into a fairy house. We’re not totally sure what a fairy house is, but we like the maker spirit in all of its forms — even the occasional fantastical one.

13. Amy Sedaris: The Crafts for Poor People author even ran a cupcake business out of her home. I MEAN.

14. Nick Offerman: Will the real Ron Swanson please stand up? No need, Nick is the real deal, a woodworker and craftsman (yes, those are his whiskey coasters above!) who also probably appreciates bacon just as much as his Parks and Rec character.

15. Pippa Middleton: There are many reasons to want to attend a party thrown by Pippa Middleton including, she is really good at it as evidenced by the pic above/her premiere book Celebrate: A Year of Festivities for Families and Friends.

16. Paris Hilton: We know a LOT about Paris Hilton, but did you know the socialite, hotel heiress, coiner of the phrase “That’s hot” was really into (wait for it) scrapbooking? We may have dreamt it. Or… no, wait, yes, those are pictures from Paris Hilton’s line of scrapbooking supplies — including The Boy Is Mine kit. Yup.

17. Zooey Deschanel: Stars — they’re just like us in that they, too, get into baking when it’s holiday time with family and friends! The star makes sweet treats, like brownies and shortbread to quell end-of-the-year sweet teeth and her New Year’s Eve chocolate on chocolate chip pie (above!) has us craving 2015 a little early.

18. Alyson Hannigan: “This one time, at lunch…” Moms, dads, everyone who brown bags it: we should all take a tip from HIMYM star Alyson Hannigan and the lunches she crafts and packs for her little ones. Rabbits constructed with carrots, strawberries carved into hearts — a mermaid! It’s almost too pretty to eat, and when it is, you’ll thank the food selfie gods you can immortalize this masterpiece meal on Instagram.

19. Cara Delevingne: One of the members of Wool and the Gang‘s gang = Cara D. The supermodel modeled their cartoon beanie at London Fashion Week and took up knitting backstage between shows. She’s just one of many stars who can be seen with those kinda needles — Julia Roberts is actually credited with kicking off the Hollywood knitting craze (everyone from Cameron Diaz to SJP does it). Mad Men star Christina Hendricks brings knitting to set AND may or may not be a cover girl for a popular knit pattern book. No, really.

BONUS: We don’t have a shot of Becks at the potter’s wheel, but this picture of David Beckham painting pottery with his kiddies just had to make our list in some way.

And these ones. You’re welcome.

Did any of the celebs on this list surprise you? Know a superstar who’s a super maker in their downtime? Share below!

Lisa Raphael
In her past professional lives, Lisa has served the masses as the Editorial Director at Brit + Co, Bieber Whisperer at J-14, Golden Girls Fan Club Prez at Lifetime and Talk Show Host Understudy to Katie Couric. Now, she's taking on the sports world at The Relish, teaching Hairography 101 in her spare time and will forever be trying to fill the hole Zayn Malik left in her heart.
Taylor Swift
Home
Taylor Swift
More From Home