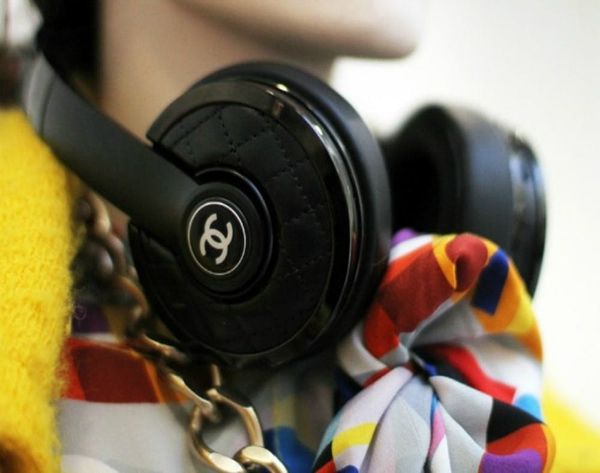 Have you noticed fashion designers busy making tech-related buzz as of late? Diana von Furstenberg was ahead of the game by showing off Google Glass on the catwalk with her spring/summer collection back in 2012. This season, Rebecca Minkoff is sending Bluetooth-connected accessories down the New York runway. And, Chanel? Well, they just partner with Monster to bring you the most badass fashion headphones this world has ever seen.

During Paris Fashion Week back in February, the Internet was abuzz when Chanel’s maestro Karl Lagerfeld and Alicia Keys‘ producer and DJ hubby Swizz Beatz both flaunted a pair of Chanel-quilted headphones. An Instagram photo of the two had the fashion-obsessed asking when they could get their hands on them.

Here we are, six months later, and word on the street is that they should drop on the market at any second now. The exact release date is still unknown, but we do know it will be mid-September — so soon.

The collab between Chanel and Monster was introduced to Paris audiences by Chinese supermodel Ming Xi during Chanel’s runway show. Models walked down the runway in brightly colored leggings, tweed jackets and geometric-patterned scarves to offset the new piece of black gadgetry. And since wires would never fit Chanel’s vibe, these babies are Bluetooth enabled. That iconic quilting is hitting the right spots with both Chanel diehards and tech-savvy millennials.

We bet you’re curious about that price tag. Nothing has been officially released, but one Japanese fashion website got a tip that they’ll retail for 840,000 Yen, which is approximately $7,986. Yowza. Does that make them an unrealistic thing to put on your Christmas list? Probably, most definitely, yes.

What do you think of the Chanel x Monster collaboration? Tell us in the comment below.

Yuka Murai
As a fashion writer and official blogger at ELLE Japan, Yuka is always on the hunt for awe-inspiring stories, ideas and products from all over the world. Raised in Tokyo, she currently resides in the outskirts of Portland, OR. She has a two-year-old son and a newborn daughter.
Tech
More From Tech