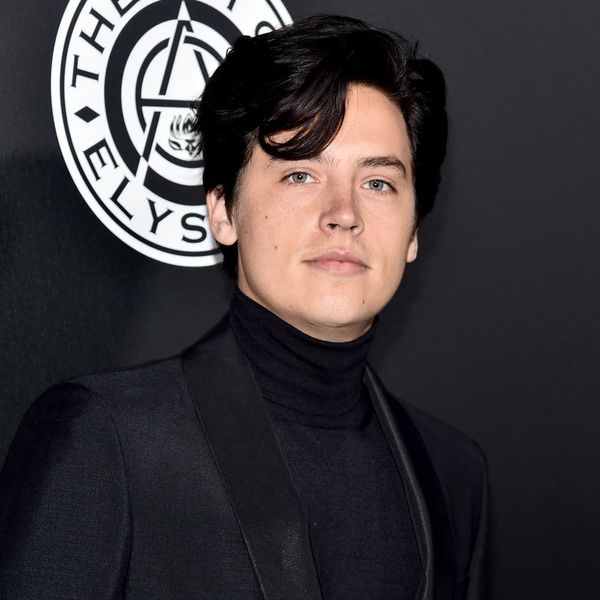 Cole Sprouse has never been one to shy away from big issues, and with gun control becoming possibly the biggest issue young people across the country are facing head on, Sprouse isn’t holding back, joining the ranks of thousands calling out the pro-gun lobby.

After yesterday’s CNN town hall, where many of the students from Marjorie Stoneman Douglas school in Parkland, FL called out the NRA and Florida senator Marco Rubio for their roles in elevating a pro-gun agenda, former Fox News host Bill O’Reilly tweeted asking why anyone would bother listening to young people, especially those facing what he calls “peer pressure.” Sprouse responded, proving he’s the hero many need in Hollywood these days.

A bigger question: should young voters care about the opinions of balding men who value their trauma less than capital?

According to O’Reilly, the question on people’s minds is, “should the media be promoting opinions by teenagers who are in an emotional state and facing extreme peer pressure in some cases?” While the question was probably rhetorical to a point, Sprouse clapped all the way back, and responded effortlessly to O’Reilly, calling into question the former host’s fading celebrity.

“A bigger question: should young voters care about the opinions of balding men who value their trauma less than capital?” O’Reilly was fired from Fox News in 2017 amid a number of sexual misconduct allegations, which he maintains are untrue. Since leaving the network, the former star has had some work as a right wing pundit, but has mostly stayed out of the spotlight.

Sprouse’s tweet is a good reminder that mocking someone’s age or experience isn’t how to disagree with them — and actually diminishes your argument, which was the point of his clapback.

Sprouse isn’t the only young person taking the pundit to task for trying to silence the kids from Parkland. Marjorie Douglas Stoneman student (and Marco Rubio’s main opponent at the town hall session) Cameron Kasky also mocked the tweet from O’Reilly.

Should the media be promoting these teens? “Yeah probably,” Kasky tweeted at O’Reilly, adding, “Thank u 4 asking tho dood ruok LOL I luv bein a kid w kidz r kool.”

It is cool in the shade.

Have you been following the pundits post Parkland? Let us know @BritandCo!