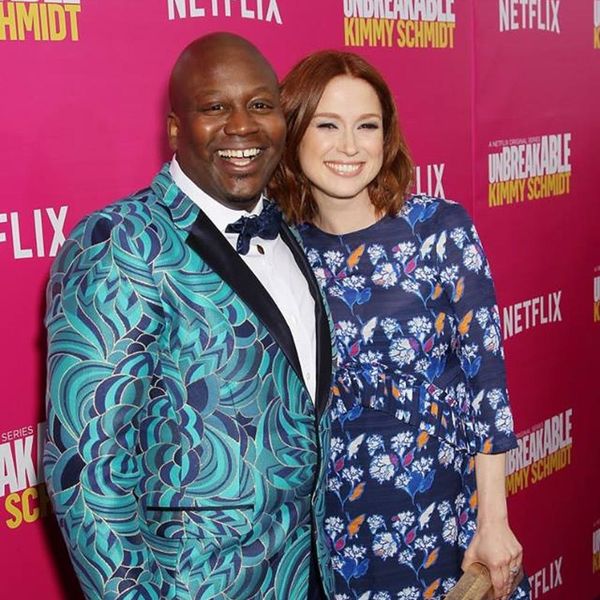 This morning we got the exciting news that Ellie Kemper welcomed her first baby into the world. The Unbreakable Kimmy Schmidt star was apparently over-the-moon thrilled, but we had no deets other than the big arrival. Now, Ellie’s co-star Tituss Burgess has broken the news: It’s a boy!

Tituss, who plays the vivacious Titus Andromedon on the show, took to Facebook to congratulate his friend, saying, “My Ellie had her baby. A son. But why am I emotional. He’s not mine. Also someone is gonna call her mom. I cannot wrap my head around it. Like she went into labor and pushed someone out. I cant process it.” LOL!

He continued by revealing the fact that he had an inkling of the pregnancy, telling fans he suspected she was expecting because of her swollen nose and also because he had dreamed about fish (yes, fish) — apparently a sure sign of a baby on the way. That is, if you have a little Southern intuition.

He ended by explaining his mixture of pleasure and treachery. “…when we spoke about it i laughed..because on the first day of filming i looked her square in the eyes and I said ‘bitch..dont get pregnant cause I dont have time for it.’ She laughed and said trust i wont…I feel such betrayal and happiness.” Aww, that’s a sweet sentiment!

Now all we need is a name!

How did your besties react when you had a baby? Or how would they react if you told them you were preggo? Tweet us @BritandCo!