Did Mindy Kaling Just Get Her Own Ice Cream Flavor?! 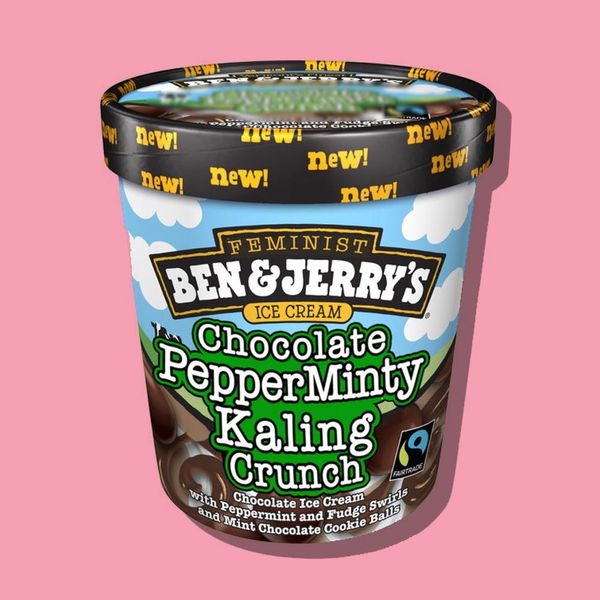 Ben & Jerry’s is known for keeping things fresh in the freezer aisle (even though Cherry Garcia will always be our go-to). They’ve even developed celeb flavors like Colbert’s “Americone Dream.” In fact, according to BuzzFeed, in 30 years, Ben & Jerry’s has created over 20 flavors honoring famous people… only two of which have been women. Yowza. That’s why writer/designer Amanda McCall is pitching feminist ice cream to Ben & Jerry’s — to help them out in the equality department.

It may not seem like a big deal, seeing as a spoonful of Butter Pecancé Knowles won’t close the wage gap. And scooping up some Hillary Rocky Roadham Clinton won’t exactly get a woman’s face on the $20 bill, but maybe if more people were eating Cherryl Sandberg ice cream, they’d be more familiar with successful women who are making an impact on our lives.

Do you think feminist flavors should totally be a real thing? If any brand is going to do it, it’d probably be the famously progressive Ben & Jerry’s, so Buzzfeed is encouraging people to tweet their feelings to to @BenandJerrys with the hashtag #FeministBenandJerrys. You can also sign this petition.

What feminist flavor would you try first? Let us know in the comments!

Katelan Cunningham
Katelan is a tech junkie obsessing over all things startup and design. She has entirely way too many apps on her phone and is no stranger to binge-watching. She accidentally fell in love in Los Angeles and that’s where she currently lives, writes, tweets and grams.
Beyonce
Dessert Recipes
Beyonce Design Feminism Ice Cream
The Conversation
Reviews:
More From Dessert Recipes