7 #Fitspiration Mistakes to Avoid, According to Fitness Experts 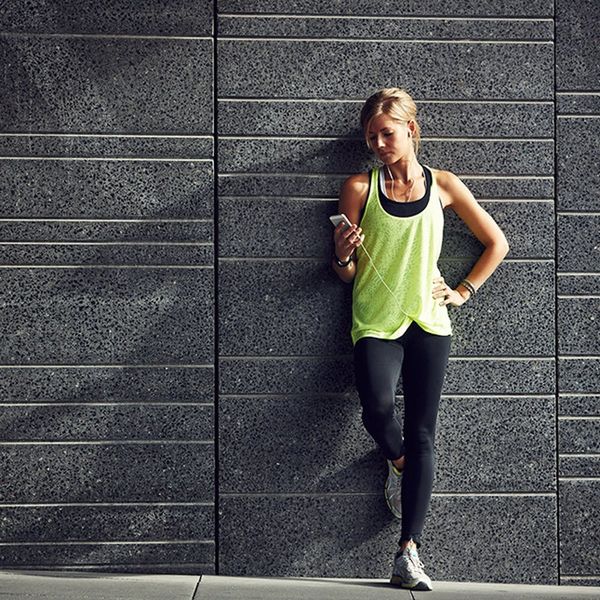 We love #fitspiration — in theory, at least. Instagram can be a great place to discover fun new workouts and fitness trends. Plus, your social media networks can help you stay accountable for those workouts you really want to skip. But with so many gym pics and workout vids on #fitstagram these days, sometimes the wrong one goes viral — and that can get you into big trouble in the weight room. (Booching and tooching is great if you’re on America’s Next Top Model, but unless you’re a fitness pro on a photo shoot, it’s not always safe to strike a pose when you’re holding a barbell.) According to top fitness experts, these are the biggest mistakes to avoid.

1. Copying poor form. “Of course the most obvious [mistake] is poor form,” says Jillian Michaels, the no-holds-barred fitness and health expert (and creator of the My Fitness by Jillian Michaels app). She points out that if you copy an Instagrammer’s flawed technique, you run the risk of getting an injury, or doing serious damage to your posture. For example, Michaels says, performing push-ups with your elbows flared out could hurt your shoulders. But the celebrity trainer says that in most cases, these Insta-don’ts aren’t actually being posted for instructive purposes — they’re just demos by ordinary people. The solution? Find #fitstagrammers you can trust. “There are some fantastic fitness experts on Instagram,” Michaels says. “The key is to make sure they are really trainers. Are they credentialed [with] valid certifications or degrees? Do they actually train people? Before you take any advice from a social media personality, be sure they are also a true expert.”

2. Following sketchy diet advice. “I see a lot of advice that isn’t based on any sort of scientific foundation regarding nutrition,” says Michaels. “The most absurd I’ve seen recently is a male trainer who was promoting his program by saying that women need to eat for their gender.” Yeah, you read that right — Michaels couldn’t believe it, either. “There is no such thing as eating for your gender,” says Michaels. She points out that you can address a lot of different fitness targets with your diet: “There is eating for weight loss. Eating for maintenance. Eating to gain.” But, she says, the nutritional rules to achieve these goals are more or less universal — “no matter what age, gender, etc.” To skip the scams, always double-check any nutritional advice to make sure it’s backed by independent research. (As in, studies not sponsored by companies with a financial stake in the results.)

3. Believing everything you see online. Michaels’ top mistake isn’t really a mistake at all. “It’s a deception,” she says. The trainer speculates that around 95 percent of fitstagrammers’ famous Insta-booties weren’t made in the gym. “They are either injections or implants. Period. End of story,” she says. “Now, I don’t judge anyone who makes this choice. I’ve had my nose done. If you want to do it, by all means, it’s your body and it’s your life.” But when fitness influencers use their faux assets to sell their routines, they mislead their followers — and that’s a problem. “Don’t sell it to someone else as though you just really know how to do squats,” says Michaels. “This one is particularly upsetting to me because I see so many women feel insecure, discouraged, or less-than chasing something that isn’t real in the way they are pursuing it,” she adds. Remember that genetics also play a part in shaping your bod — so even the best butt exercises won’t necessarily put more junk in your trunk if it’s not in your DNA.

4. Expecting too much, too soon. “There are so many beautiful images on social media,” says Megan Kearney, Yoga Medicine instructor. That’s especially true when it comes to yoga Instagram, where influencers seem to go from one wellness retreat to the next, starting the day in half moon pose on the edge of a cliff and ending it with side planks in the ocean. “Everyone wants that amazing shot,” says Kearney. But don’t expect to be able to replicate the most Insta-liked poses the first time you hit a yoga mat. “Every body is different, and many influencers exploit their natural abilities or anatomical anomalies,” says Kearney, citing hypermobility as one example. “Know what a healthy range of motion is for the spine, hip, and shoulder, and don’t look to push beyond that for the sake of a pinnacle pose.” Listen to your body and work with what you’ve got — progress will come with practice.

5. Giving in to social media envy. “Sometimes we need to recognize when our enjoyment of following a particular fitness guru creates unhealthy feelings in ourselves,” says Kearney. If someone’s snaps regularly make you feel inadequate — whether about your body or your lifestyle — something’s gotta give. “If you recognize that you feel bad about being you, shut it down,” she says. “Commit to following people that make you feel good about who you are!” Kearney suggests purging your social media stream to get back to #positivevibesonly.

The Team From the New York Sports Science Lab

6. Forgetting to train your brain. “Traditional athletic training tends to neglect brain training as part of sports performance training,” says Juan Delgado, New York Sports Science Lab sports scientist and certified biomechanist. “However, your brain is a muscle that needs to be trained and developed.” Delgado points out that various factors can impact your brain’s performance, including poor diet and insufficient sleep. But too often, we just try to push through the tiredness. The problem, Delgado says, is that, like a fatigued muscle, a foggy mind can slow you down. “A tired brain leads to poorer performance and higher injury risk,” he says. So don’t feel bad if you need to skip that morning workout — get the rest you need and come back stronger tomorrow.

7. Losing sight of the big picture. Would you rather have a strong core or super-defined abs? Despite what you might imagine, the two don’t necessarily go hand-in-hand. “Athletes think that abs and core are the same thing,” says Matthew Reicher, New York Sports Science Lab Head Athletic Trainer, exercise scientist, and former athletic trainer for the New York Red Bulls and Brooklyn Nets. “The core is really the deep intrinsic musculature that stabilizes the spine. It’s much more important to strengthen these muscles than the superficial abs.” Core engagement will make you feel better and stronger — trying to define your abs will only remind you that there’s no such thing as spot-reducing. Always aim for the long-term benefits to do what’s best for your body!

What mistakes have you noticed at the gym? Send us the scoop on Twitter @BritandCo!