How Millennials are Changing the Culture and Future of Food 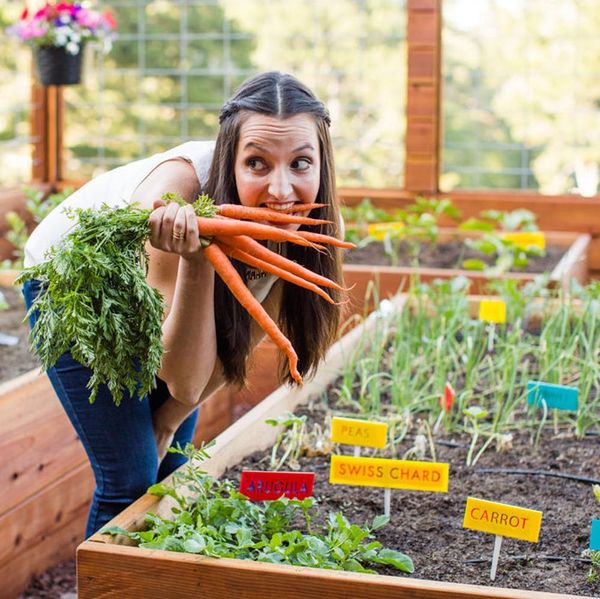 Everyone and their baby boomer mother has something to say about millennials. And as annoying as it is to be characterized as narcissistic, parent-dependent and tech-obsessed, we are a lot different than previous generations. We have live-in partners, we’re more likely to go to college and we make less money. But one thing that’s not often discussed is how we are also more likely to take that money and spend it on food. Good food. Organic, local, GMO-free food.

Before we learn more from Eve about how Gen Yers are engaging with food, we need to dispel some myths about what they’re not doing.

Myth #1: We don’t appreciate simple things like meals because we’re obsessed with technology. It’s true that we love technology, but take one look at the rising interest in clean eating, local farmers’ markets and food labels, and you’ll see how much thought really goes into what we eat — and how we eat it. “We appreciate all a meal has to offer: the flavors, textures, scents and social value,” says Eve. “We enjoy breaking down recipes, or even breaking down animals, and sharing meals with others.” And don’t forget, we’re excellent hosts and hostesses ;)

Myth #2: We treat food as a trend. How many times have you seen someone roll their eyes because you don’t eat gluten or processed foods? For sure some of that is trendiness, but a lot of it is also education. Food studies are on the rise, and that has big implications for the future of food. “We’re signing up for undergraduate and graduate programs in food systems,” says Eve. “We have the minds and expertise to completely transform the food system in the U.S., which is extremely exciting.”

Myth #3: We’re just “into food” for the image. Oftentimes yes, but building that image isn’t entirely about looking cool — it’s becoming an intrinsic part of how we interact with our contemporaries, from finding a date to finding a job. Eve says that personal branding is just part of the world we now live in: “In a way, we’re forced to be narcissistic. Social media plays into completely normal human tendencies of showmanship, but we get the brunt of the judgement because our lives are so completely infused in these new social platforms.”

All the Fuss About Food

It may seem odd that a generation so intrinsically linked with technology could be equally interested in something as basic as food, but Eve says that is exactly the draw for millennials. “Food is the anti-technology,” she tells us. “There are so many things that food offers that we don’t receive in our day-to-day anymore. Food offers sensory stimulation and community. There’s something so fundamental about eating, that in a world of clicks, buzzes and dings, the simplicity and tangibility of it significantly resonates with us as a generation.”

If you can’t cook but you love to eat out, does that make you a foodie? Does loving Food Network count? Is it totally basic to use a microwave? Believe it or not, the term foodie actually gets a lot of flak. “In some ways it has become a derogatory term,” Eve says. “People associate it with those who are restaurant-obsessed, who take photos of every meal. I think, really, it’s associated with narcissistic and elitist behavior, so those who interact with food in other ways — like farming or food safety — don’t really appreciate the label.” So if you’re looking for a new way to describe your passion for food, Eve has coined a new word for food devotees: Yummers. (Guess that makes us Yuccie Yummers? ;)

Forget about “If a tree falls in a forest, does it make a sound?” These days it’s, “If a meal isn’t Instagrammed, is it even worth eating?” There’s a LOT of food photography out there, and we’re sure you’ve heard all the hubbub about restauranteurs who are not impressed by Yummers tweeting during meals. While it’s easy to look at it as a bad thing, not everyone in the restaurant biz agrees. Eve interviewed several chefs for Generation Yum, including Anthony Bourdain, who was super frank (we’d expect no less!) about how he feels. (Photo via Larry French/Getty)

Bourdain said to Eve, “These guys have rather famously and humorously been complaining about all these hipsters coming to their restaurant and taking pictures of all the food and all the rest. I finally said, ‘Look, let’s face it. All these people you’re calling hipsters are what’s called young people, you old f***, and you’re benefitting mutually from it.’ Absolutely the engine of dining, even fine dining now, across the board, is this generation of seemingly food-obsessed people, who are willing to drive an hour and a half for a sweet taco or save up money — that my generation would have spent on cocaine — to go to Le Bernardin.”

As for the hostility toward picture-taking at restaurants in particular, Bourdain added that while he’s not necessarily in favor of tweeting during a meal, it’s beside the point. “At the end of the day, the fact that people are bothering to take pictures of your food is good, not just for you as a chef or as a business person, but probably on balance, good for the world.” So, restaurant owners, it’s your move: Will you ban the phones, or embrace them like some have?

Odds are that even if you haven’t succumbed to photographing your latest home-cooked meal, you’ve still engaged in the food world online. You read about your friends’ recent dinners on Facebook and Twitter, you check Yelp reviews before booking a spot for date night, you learned to chop a pineapple on YouTube and you have at least five Pinterest boards devoted to blogger recipes. All of this technology is changing the world of food.

Eve boiled down the impact of social media into two categories. First, it has increased our accessibility to foods around the world, teaching us to prepare unfamiliar ingredients and make exotic dishes that other generations may have never tried before. The second is that it allows us to use food to brand ourselves, a distinctly millennial custom if there ever was one. “Social media has given us the power to gloat about ourselves very readily,” Eve explains. “As food gains secondary and tertiary labels — organic, grass-fed, local — we use what we eat as a statement of who we are. Posting that you just made vegan ratatouille with local, farmers’ market vegetables says something about you; so does your tweet about your amazing meal at Blue Hill. Food now represents values, education and economics. You have the money/time/knowledge to care about whatever you just posted and ate.”

The Next Big Thing

As a Yummer, by now you’ve had your fill of microbrews, pour-over coffees and kale, so what’s next? With growing concerns about sustainability of the food chain, Eve hopes more people will start reducing food waste. That means everything we typically ignore or throw away, like animal parts, insects, innards, shoots, stems and leaves. “We’re beginning to see the environmental ramifications of not eating locally, not eating rotational crops, not eating whole animals or whole plants, even,” she says. “I hope ‘green’ eating continues to gain steam. Plus, it’s delicious!”

So, whether you like it or not, millennials are making big changes to the way we harvest, cook and enjoy food. Be sure to snag a copy of A Taste of Generation Yum to learn more about what this will mean for the future of cuisine.

What do you think about the changes that technology, social media and millennials are making to the food world? Tell us what you’ve seen in the comments!

Molly Griffin
Molly is a writer and editor from Boston who loves traveling, eating and occasionally being a little too candid. She lived in Dublin, Ireland for the last four years but recently moved to San Francisco to escape the rain. Now, she’s on the lookout for a good proper pub.
Books
Recipes
Books
The Conversation
Reviews:
More From Recipes