Find Out What Halloween Costume Matches Your Astro Sign 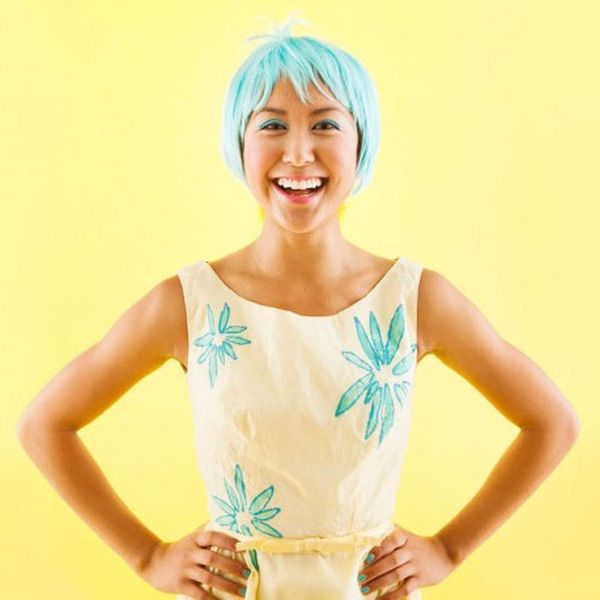 Instead of putting off your Halloween costume until you’re stuck with last year’s cat ears, why not look to the stars to guide your costume choice? Your zodiac sign can often reflect your inner hopes and dreams, and Halloween is definitely the time to release any inhibitions and go all out with the role play. From the stubbornness of Aries to Scorpio’s signature passion, these costumes are inspired by your zodiac sign’s most dominant qualities.

Girl, you’re strong-willed and independent, and we see strong, passionate characters as your costume inspiration. Your sign is ruled by the warrior planet Mars, so fight injustice this year as your favorite fierce girl hero. From Elizabeth Olsen’s LBD and red leather jacket in Avengers to Jennifer Laurence’s signature blue body paint from X-Men and a bright Katy Perry version of Cleopatra, any character who represents your fiery, brave nature will be a hit. (via Brit + Co)

Your sign is known for earthy beauty, including those sensuous curves. Taurus women may be old fashioned at heart, but the “retro good girl” look is the perfect chance to try that red lipstick you’ve been eyeing. Any Halloween costume that summons your love of yesteryear will look fabulous. Start foraging at local thrift shops to find a circle skirt and some strings of pearls to channel your inner Betty Draper. (via Say Yes)

Since you’re the sign of the twins, you could easily turn your look into a fantastic couples’ costume like Superman and Lois Lane. However, if you’re not into the “sexy librarian” look, Geminis are also known as social butterflies with tons of energy, so couple up with your BFF and go as Mary-Kate and Ashely Olsen. (via Brit + Co)

Cancers love being in the kitchen and all things food-related. Turn to Meryl Streep for inspiration and go as the ever-enthusiastic Julia Child this year and bring along snacks as part of your prop. Or just dress up as food. Cancer is also the sign of patriotism, so show your love of country with a quirky Statue of Liberty costume. Although you can’t get much more American than pizza delivery… (via Studio DIY)

There’s no mincing words here, Leo: You are royal, proud and brave. Now you just have to decide which queen you identify with, whether it’s the silvery Daenerys and her dragons, the queen of pop — Taylor Swift — or the feisty queen of hearts. Just remember, the more glitz and glamour, the better. (via Brit + Co)

Alright, you perfectionist, you’ve been good all year long, and Halloween is your chance to show your naughty side. Cause some trouble as Piper Chapman and enlist your friends to dress up as the rest of the OITNB gang. Virgo is the zodiac sign of the cat, so if you’re a pet lover, you can always go with the classic pointy ears and whiskers. (via Brit + Co)

Embrace your artistic roots by going back to the ’90s raving days. Let your colorful personality shine through all that rainbow glory. Libra is also the sign that loves to shop, so dress up as a shopaholic with tons of boxes and bags, and you’ll feel right in your element. (via Brit + Co)

As the sign that embraces the ideas of sex and death equally, you’ll want to summon the underworld this year with a sexy vampire costume or a femme fatale straight out of your favorite film noir. Think dark and sexy and lots of black lipstick. Scorpio is the perfect match for all those dark and creepy Halloween looks, like a zombie girl, a skeleton or a corpse bride. (via Brit + Co)

You love travel and staying on the move, so any costume that incorporates athleticism works well with your sporty self. If you’re feeling brave, go for the ultimate road-tripper, Charlize Theron in Mad Max. Sagittarians are also eternal optimists who are outgoing and love making people laugh, so a costume like Joy from Inside Out would perfectly match up to your cheery disposition. (via Brit + Co)

Capricorn rules the masculine energy, so this Halloween could be a fun time to play around with gender roles and take some style cues from the boys, like with an Annie Hall outfit. Responsible and intelligent, you’re all about structure and authority. Take inspo from #girlbosses and put on a power suit and rock the ballot box as Hillary Clinton. (via This Time Tomorrow)

Aquarians tend to be artistic, kind-hearted visionaries with a strong humanitarian streak. Channel your fierce sense of independence as Holly Golightly. Yours is also the horoscope sign most associated with technology and the outer realms, so taking costume inspiration from your favorite sci-fi character is another cool way to go. (via In Honor of Design)

Dreamy Pisces, your sign rules both fantasy and musical inspiration, so let your favorite music video be your inspiration this year. Tap into your fantasy edge and go all out with the crazy cool leather costumes of Taylor Swift’s “Bad Blood” video, or swing from the chandelier as Sia with a blonde wig and a nude leotard. (via Brit + Co)

Did you get any costume inspo from these zodiac suggestions? Let us know what you’re wearing in the comments below!

Kate Thorn
Kate Thorn is an illustrator, foodie, photographer, and blogger at Create & Kate. She loves creating art, traveling, and all things chocolate. A native to the Great Northwest, she is currently living in London and pretending to be a mature grad student.
Aquarius
Halloween Costumes
Aquarius Astrology Capricorn Gemini Halloween Halloween Costumes horoscopes pisces taurus
More From Halloween Costumes