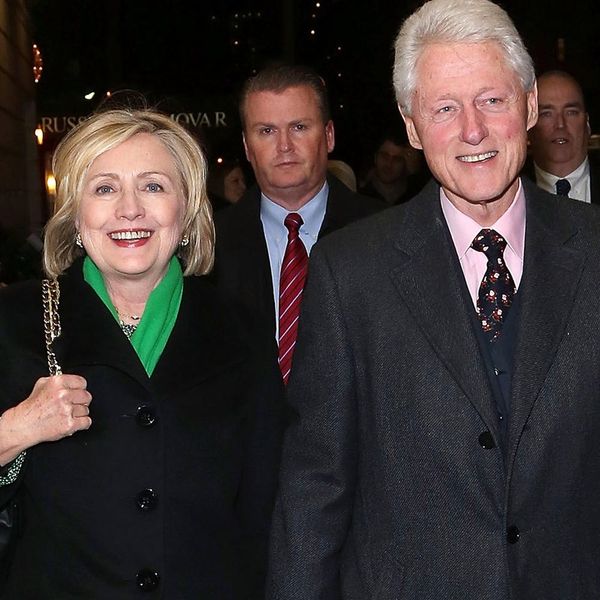 The next presidential election is still about ten months away, but the candidates have been hitting the road with full force for some time now. From what we’ve seen so far, this election is shaping up to be a little different. No longer or we turning to the news to hear about what’s going down. Now we’re heading to Twitter first. Candidates are live tweeting debates, Hillary is releasing her own set of presidential emojis… the list goes on.

So far Hillary has been doing a pretty great job at not only connecting with a younger audience but also keeping it real. Offering up an exclusive look at her personal life, Hillary sat down with Amanda de Cadenet, the host of the show The Conversation for a totally unfiltered interview. The Conversation is a talk show where Amanda gets super real with some of Hollywood’s biggest stars. Lady Gaga, Miley Cyrus and Diane Von Furstenberg are just a few of the ladies who have sat down with Amanda in the past.

While of course, Hillary and Amanda’s conversation had a little to do with politics, that definitely wasn’t the focus. Amanda opened the interview up by talking about Hillary’s mother and how she has affected Hillary’s world view. She also asked Hillary what her date night looks like. And it turns out, it’s not actually that different than ours. To that question, Hillary replied, “It’s usually a movie and dinner but now a lot of our time is spent with our granddaughter. Even when we’ve got time together it may not be to go out so much as to go into the New York or stop in New York and see Charlotte.”

Amanda later goes on to ask a question she asks everyone who sits on her couch. She asked Hillary,”What’s the best piece of advice you’ve ever been given?” Without any hesitation, Hillary tells Amanda, “You have to decide if you’re going to be the lead in your own life or the extra in somebody else’s.” Whoa. We’ll leave you to mull over that giant truth bomb for awhile.