Which Holiday Movie You Should Watch, According Your Zodiac Sign 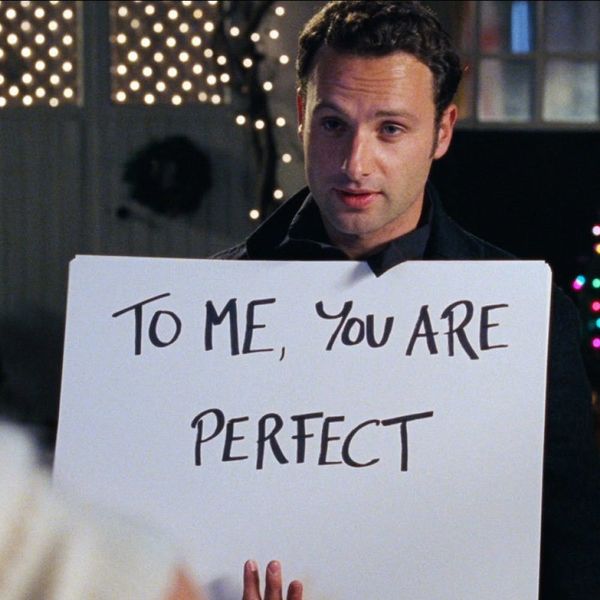 We can barely wait for the last bite of pumpkin pie on Thanksgiving before we’re cozying up for a marathon of Hallmark’s original holiday movies. Of course, we’re all about the Christmas classics too — but with so many to choose from, it’s hard to know which festive film to watch first. To help make the decision for you, check out our zodiac movie guide below. Who knows, you may even learn an adulting lesson or two.

Rudolph the Red-Nosed Reindeer: While his shining red nose made him an outsider among his peers, it was Rudolph’s uniqueness that saved Christmas in the end — and that’s Aquarius AF. You’re all about capitalizing on what makes you stand out and rebelling if it means making progress for a good cause. It’s a specific kind of independence that favors originality over normal and we wouldn’t have you — or Rudolph — any other way. (Photo via Classic Media)

It’s a Wonderful Life: You’re well known to get spiritual with a heaping dose of sentimentality thrown in, Pisces — it’s why we love you and why we love It’s a Wonderful Life. When George Bailey feels overwhelmed by the seeming helplessness of his situation, an angel shows him just how important his existence is — and as an empath, you’re not immune to that desire to escape reality. Thankfully, you both realize that your compassionate, caring nature just means you have a well-rounded life, full of beautiful ups and downs. (Photo via Paramount Home Entertainment)

How the Grinch Stole Christmas: We’re by no means calling you a grinch, Aries, but you do share a fiercely independent streak with the cantankerous Dr. Seuess character. And even though the grinch’s passion is misplaced at first, he ultimately uses his innate leadership skills and generously big heart to bring the town of Whoville together — and that’s a kind of determination you really admire. (Photo via Warner Home Video)

National Lampoon’s Christmas Vacation: For you, the holidays are all about spending time at home, surrounded by family and friends — the more the merrier, you always say! Just like Clark Griswold in Christmas Vacation, you love hosting guests, though you’re more interested in the perfect wine and cheese pairing than winning a Christmas light contest. (Photo via Warner Home Video)

Home Alone: Even the best-laid burglary plans are no match for Kevin McCallister’s ingenuity and quick wit — we don’t know when his birthday is, but we’re willing to wager he’s a Gemini. You share his curiosity about how things work and you’re always able to put your newly acquired knowledge to immediate use in a practical way, like defeating the bad guys. (Photo via 20th Century Fox Home Entertainment)

Love Actually: Romantic and emotional, Love Actually is a fan favorite among the sentimental set — just like you, Cancer. You vibe with the sweet sentimentality of the beloved rom-com as you too are a romantic at heart. You genuinely empathize with each of the character’s personal romantic plights and understand how each person feels on a fundamental level. (Photo via Universal Pictures Home Entertainment)

Elf: Who doesn’t love you the moment they meet you, Leo? Probably the same people who aren’t obsessed with the modern classic Elf — which is to say, nobody. You and Buddy are disarmingly charming, hysterically funny, and hyper-social — a dream party guest (or unannounced big brother). You both love performing for a crowd and use your natural creative talents to bring joy to those around you. Life is fun, right Leo? Now, where’s the maple syrup? (Photo via New Line Home Entertainment)

Mickey’s Christmas Carol: As a hard-working, loyal sign, Mickey’s commitment to his greedy boss, Scrooge McDuck, totally resonates with you, Virgo. You’ve put up with your fair share of selfish people (and dare we say, taken advantage of too?), so you find deep satisfaction in the story’s conclusion that anyone can become a philanthropic, generous member of society if they’re just shown what it means to care. (Photo via Disney)

A Christmas Story: Spending time with family around the holidays often means having to compromise on Christmas movies — and there’s no better negotiator than you, Libra. Same goes for A Christmas Story. When you just can’t agree on anything else, you know this classic comedy is running a full 24 hours on Christmas day, making it the best decision for an indecisive bunch. (Photo via Warner Home Video)

The Santa Clause: There’s no one more worldly or travel-centric than you, Sagittarius, unless, of course, you count Santa himself. While Scott Calvin may have been initially hesitant to take on the role as the big man in the red suit, by the end of the movie, he’s sailing through the sky on his sleigh like he was born to do it (which he was). You’re similarly inclined with a sense of adventure and desire for freedom. (Photo via Walt Disney Home Video)

Did we forget your favorite holiday film? Tweet us @BritandCo and tell us what you love watching!

From Your Site Articles
Megan Parry
Megan Parry is a lifestyle writer living in Philadelphia where she's making generous use of her library card, obsessively reading friends' natal charts, and learning how to differentiate between "dried apricot" and "juicy apricot" notes in wine.
horoscopes
Creativity
horoscopes Movies Zodiac