Kate Plus 8 Is Coming Back to TV 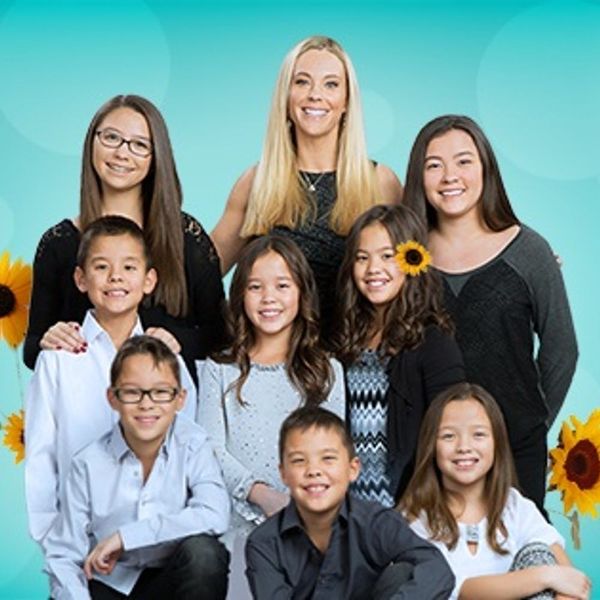 While we’ve been busy following along with all that reality TV land has to offer, including Blac Chyna and Rob Kardashian’s very own show, not to mention the sneak peeks into Nick Viall as the latest Bachelor, Kate Gosselin has been secretly working a new deal behind the scenes. That’s rightttt: You’ll soon be seeing the famous mom and her impressively large (and drama sparking, natch) brood on the small screen once more as Kate Plus 8 gears up for its return to television.

Instead of a big campaign or super public spectacle, however, the news was announced in a far more low-key manner as a simple response to an online comment.

After Kate posted a pic to Instagram of her son, Aaron, getting cozy in a dog crate along with the family pup, one fan responded with, “Wish you guys were still on television.” Kate answered right back, saying “We are! Full season of Kate Plus 8 returning in January! #Yay.”

Returning to its home base of TLC, we’ve gotta’ say, we’re more than a little curious about all that the new show will encompass. Will we be seeing Kate dating? Are the teen girls in a super angsty place? Is Jon around at all?

Though we have no further deets at the moment, it won’t be long until we find out all the answers to our burning questions about the gang of kiddos (that’s 15-year-old twins, Mady and Cara, along with the 12-year-old sextuplets, Aaden, Alexis, Collin, Hannah, Leah and Joel ― phew!) we’ve watched grow up and their now 41-year-old mom.

Here’s to seeing the Gosselins (every last one of ‘em) in action again!

Are you excited for the return of Kate Plus 8? Tweet us @BritandCo!

Desiree O
Desirée O is a ‘Professional Bohemian’ who loves anything and everything related to the arts, entertainment, and pop culture. She ADORES being a ‘Newsy’ for Brit + Co, covering all of the latest tidbits of awesomeness that you want to read about. When she’s not writing, she’s either making messy art, going on long adventurous walks with her camera, or poking around over at bohemianizm (http://www.bohemianizm.com/). You can find out about Desirée O and her work at http://DesireeO.com/ or follow her on Twitter @DesireeO.
Family
Pop Culture
Family