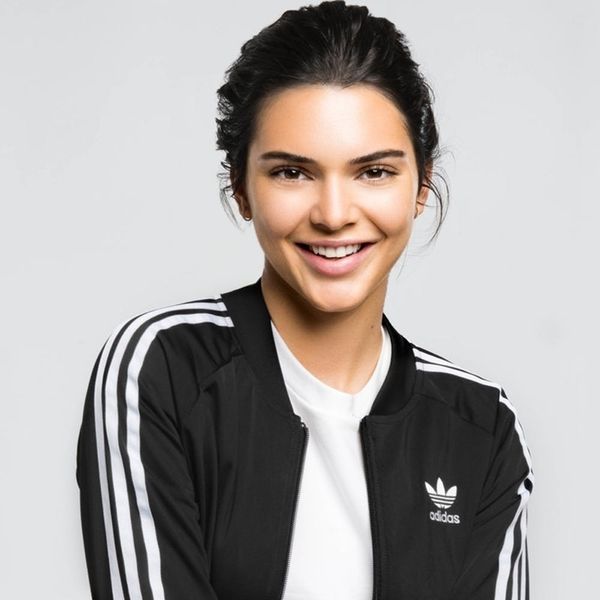 It’s been a busy summer for lawsuits and controversies for the Kardashian-Jenner sisters, and it doesn’t look like the heat is going to let up anytime soon. Kendall Jenner’s new Adidas campaign was just released, and the sportswear company is already facing backlash over its choosing the model instead of an athlete.

The new campaign for Adidas Originals features Jenner as the star of a series of futuristic videos where she’s waking in an incubator (that remind us of Passengers) with a voiceover by the 21-year-old quoting lyrics from Frank Sinatra’s “My Way.”

Although Jenner isn’t the only model serving as the current face of an activewear brand — her sister Kylie Jenner has her own Puma collection, Gigi Hadid is a face of Reebok, Karlie Kloss has fronted both Nike and Adidas, and Hailey Baldwin also served a stint as an Adidas Originals spokesmodel — folks are still unhappy that the brand didn’t cast a real athlete.

I truly despise @adidasoriginals for making Kendall an Ambassador. What a contradiction 2 the whole brand. Adidas is supposed 2 rep Athletes

I'm sick of brands like @adidas using models rather than athletes for their ad campaigns. Bun Kendall Jenner.

However, Originals is the lifestyle branch of Adidas, so the fact that it was a model they chose over a real athlete was not the biggest thing the public took issue with. Rather, the Twitterverse specifically harped on how there was nothing original about signing the reality star, who already has a mile long list of campaigns under her belt including Estée Lauder and Calvin Klein.

I bought myself a pair of Pumas because I'm still mad about Adidas Originals using Kendall Jenner.

Kendall Jenner???? Really?!??? There is NOTHING original about having this ridiculous image front your brand…come on adidas!! Do better!!

Feel the same about Kendall Jenner in @adidasoriginals campaign. She's neither an athlete or an original— Caitlyn's a better choice. :) https://t.co/5sTu7cNrUi

And it seems like her Pepsi gaffe from earlier this year, for which she’s stayed conspicuously mum about to date, is still fresh on peoples’ minds.

kendall jenner managed to make @adidas uncool. @pepsi must be having a laugh rn

Not really feeling Kendall Jenner for Adidas tbh. It's gonna take more than a can of Pepsi to change my mind 🙄

It’s not the first time the public has been angry with the model “usurping” professionals — though it wasn’t for an ad campaign, Jenner elicited the outrage of dancers with a ballet-themed photoshoot and video for Vogue in September 2016. The video showed Jenner wearing pointe shoes and mimicking ballet moves in a dance studio, and was decried for being deeply inaccurate and offensive.

What do you think about the choice of Kendall Jenner for Adidas Originals? Tell us if you’d have cast a different face for the brand @BritandCo!

Elyse Roth
Elyse Roth is a freelance writer and editor who is a midwestern transplant in NYC. She loves to explore the city, plus you can find her at a Broadway show or the ballet usually once a week. When she's not finding things to do in New York, she's thinking about where she can travel next. She's combined her love for food and TV into a blog where she makes food eaten on her favorite TV shows at tvdinnerblog.com.
Athleisure
Style News
Athleisure Controversy Kardashians Kendall Jenner
More From Style News