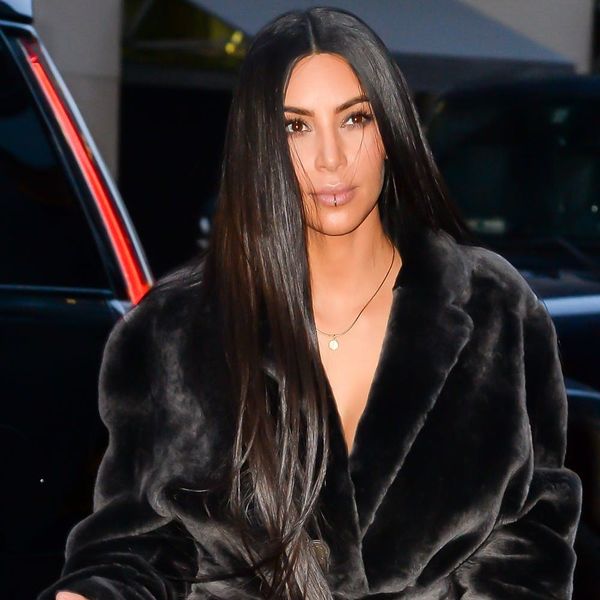 Move over, Mother of Dragons — there’s a new blonde in town. Kim Kardashian West, who always loves messing with the public (and Photoshop), stepped out in an elegant icy blonde look that rivals Game of Throne‘s Daenerys Targaryen.

Yesterday, Kim Kardashian West posted a photo of herself on Instagram, wearing a light pink fur coat and matching platinum blonde hair. She stayed true to her popular middle part and pulled the hair back in a ballerina bun, captioning the picture, “Blondie.”

But it’s likely North and Saint’s mom didn’t actually bleach her dark hair light. Rather, it’s a masterpiece by wig genius (and Kylie Jenner-favorite) TokyoStylez, who Mrs. West has publicly thanked for his skills in the past.

Regardless, we are definitely getting Khaleesi vibes from Kardashian’s white-hot new look. In fact, Emilia Clarke, who plays our girl Dany, is naturally a brunette and also sports a wig for her iconic role.

Whatever the case, wig or natural, black or blonde, homegirl looks gorgeous.

What do you prefer on Kim K? Black or blonde? Tell us @BritandCo!