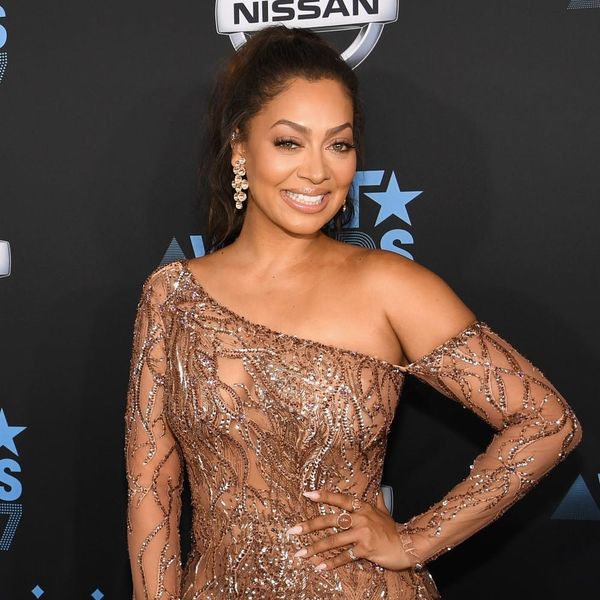 Andy Cohen knows what the people want to know! In his latest very informative Watch What Happens Live game, the host played “Spill the Push ParTEA” with La La Anthony, getting the TRL veteran to reveal tidbits about Beyoncé’s colorful push party in May ahead of the twins’ arrival in June.

Like any true friend of Bey’s, Anthony stayed mum on many details of the day, and claimed memory loss for others. She did remember that Beyoncé wore “a beautiful belly” and served “the most amazing food I remember. It was like a backyard barbecue.” Of course, we know Bey adorned her belly with a henna tattoo and wore a gorgeous headdress.

Anthony didn’t know the sexes of the twins at the time, although according to recent reports, the couple welcomed a baby boy and girl named Sir and Rumi Carter.

No one gave speeches, as far as Anthony remembers, but (“duh!”) JAY-Z made an appearance and “of course” Bey’s mini-me Blue Ivy joined the party. Blue was apparently “very excited” to be getting some mini-mes of her own.

Anthony wouldn’t say what she got for the twins, and she didn’t remember whether Beyoncé opened her gifts in front of the guests or if any of the singer’s hits played while they partied.

She confirmed that Beyoncé’s former Destiny’s Child bandmate, Michelle William, was definitely in attendance — and we already knew Kelly Rowland was there — but gave no word on why Kim Kardashian didn’t make it to the fête, despite Anthony’s close friendship with both.

Blue, Sir, and Rumi’s grandmother Tina Knowles was a “50” on the turnt up scale from one to 10, while grandfather Matthew Knowles, who received backlash after sharing a welcome note to the twins on Twitter, may not have attended at all.

While Anthony was coy about many of the details, Cohen couldn’t blame her one bit, and even admired her sealed lips. “She’s not gonna eff up her friendship with the Queen Bey!” he noted.

Will you steal any party tips from the Carter Push Party? Tell us @BritandCo!