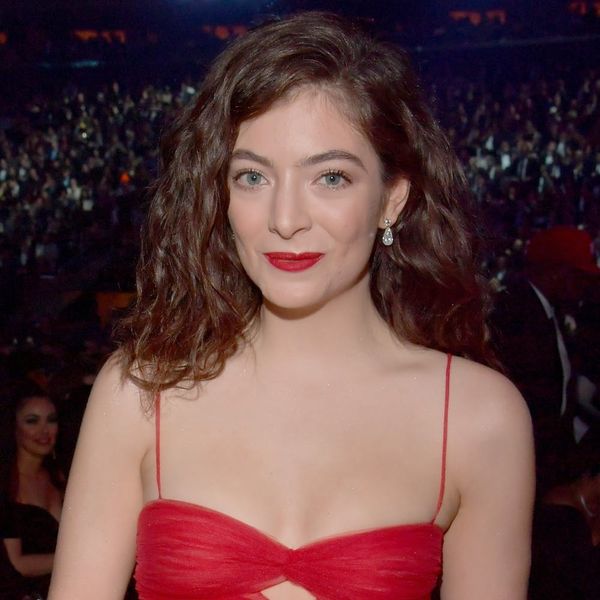 Hours before the 2018 Grammys broadcast started on Sunday, reports surfaced that Album of the Year nominee Lorde — the only female up for the award — was the only artist in the category who was not asked to do a solo performance. Now the show’s executive producer and the President of the Recording Academy are speaking out about the singer’s exclusion.

Following the broadcast, Grammys executive producer Ken Ehrlich was asked whether it was a mistake not to include Lorde, given the outrage that ensued. “I don’t know if it was a mistake. These shows are a matter of choices,” he said, according to Variety. “We have a box and it gets full. She had a great album. There’s no way we can really deal with everybody.”

The Grammys reportedly asked Lorde to perform not on her own, but as part of a Tom Petty tribute that also included country legend Emmylou Harris and Grammy winner Chris Stapleton. Three of the four other nominees in the Album of the Year category — Bruno Mars, Childish Gambino, and Kendrick Lamar — all got plenty of solo screen time. JAY-Z, who was also nominated, was reportedly offered a solo slot, but declined.

Neil Portnow, the president and CEO of the Recording Academy, also claimed that it’s difficult to give all of the nominees sufficient performance time. “We have a wealth of riches every year, and it’s hard to have a balanced show and have everybody involved,” he said, according to ET. “Every year is different. We can’t have a performance from every nominee — we have over 80 categories — and so we have to realize that we have to create something that has balance. What you saw was our best judgment on how to do that.”

Portnow did not comment on a confusing element many pointed out on Twitter — the fact that Sting and Shaggy, who not only weren’t nominated but also won’t drop their collaborative album for another three months — received ample screen time both in performance and pre-taped sketches.

So we have a performance from Sting — doing a 31 year old song. And yet Lorde did not get a solo slot to perform. So many iconic women in music right now, but we get … this?? I have zero problem with Sting existing, but I really do not understand the priorities of the #grammys

“Maybe we should let Lorde do a song by herself.”
“Ehh, doesn’t feel right for the zeitgeist. Did they film the Sting skit yet?”

The #Grammys: we believe women, Me Too, Time’s Up!
Also #Grammys: no time for Lorde to perform but here’s Sting singing Don’t Stand So Close To Me for 20 minutes

So far, Lorde has not commented on the controversy.

What do you think of the reasons Lorde wasn’t asked to perform? Let us know @BritandCo.