Meet the Newest Members of the Stranger Things Squad 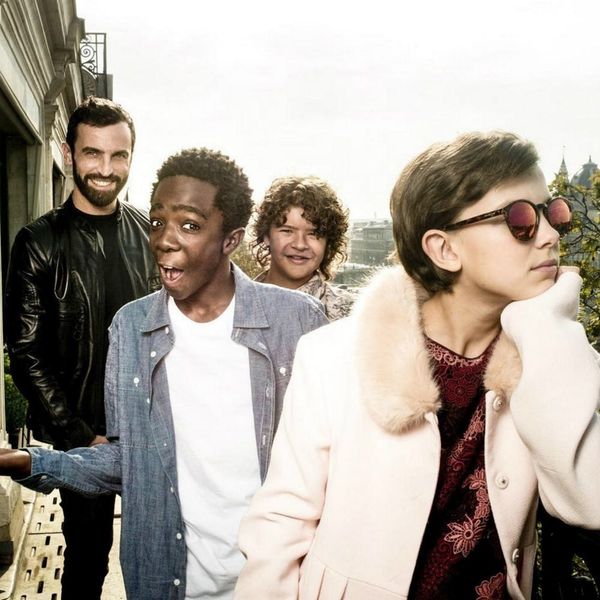 Forget Taylor Swift’s squad — (yes, even with its newest, coolest member!) ― there’s a new gang in town we want to join even more, and it consists of the Stranger Things kids.

Our ultimate #squadgoals, they can model, dance and work the red carpet with the best of ‘em, and now, their covetable ranks are about to get even bigger. While their plans for expansion sadly don’t include us (unless you count this super kickass costume recreation we made!), we now have our first official look at two out of the three characters we know will be appearing in season two.

First up, there’s Max: the skateboarding tomboy outcast. After what was reportedly a “wide, wide search for one new kid,” the Duffer brothers have found their girl in 14-year-old Sadie Sink — you might recognize her from previous roles in American Odyssey, Glass Castle or even The Unbreakable Kimmy Schmidt.

YOU GUYS. I am so happy and thrilled to join the cast of @Stranger_Things for season 2!! Thanks for all of the love and support!

Joining the cast as Sadie’s — er, Max’s — older brother Billy (and giving Steve, now a series regular, and Jonathan a run for their money) will be Dacre Montgomery of upcoming Power Rangers fame.

Described as “violent and unpredictable,” we’re not entirely sure how we’ll feel about Billy, but Dacre seems excited enough, posting the above photo to announce his upcoming involvement. “Honored to announce that I will be joining the cast and crew on the second season of this wonderful show,” he said.

With one character (Roman, 30-38, gender and ethnicity unknown) left at large, there’s still plenty of mystery surrounding season two, but this news is more than enough to have us more excited than ever.

Are you counting down the days ‘til season two of Stranger Things? Share @BritandCo.