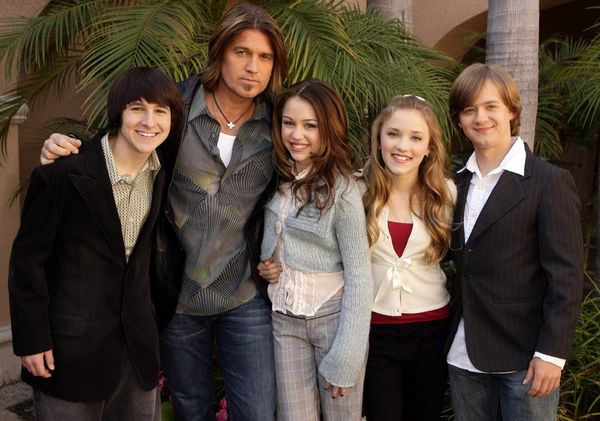 Sunday, March 24, marked the 13th anniversary of Hannah Montana‘s premiere on the Disney Channel, and thanks to Miley Cyrus, we’re feeling all sorts of nostalgic. The singer-actress commemorated the occasion with an adorable throwback that’ll remind you of just how far she’s come.

“It’s the 13th anniversary of the first HM episode to air,” Cyrus tweeted on Sunday. She included a black-and-white photo of herself at age 13, taken before she filmed the first episode. A caption on the pic reads, “Miley at the Nashville airport leaving for LA to become ‘Hannah Montana!'”

The “Nothing Breaks Like a Heart” singer also took to her Instagram stories to celebrate the milestone, sharing several screen grabs from the show and captioning them with jokes that referenced her trajectory from Disney actor to controversial pop star.

“Hannah watching the 2013 VMAs,” she captioned one photo of her title character glancing over a pair of sunglasses, looking shocked. The caption was in reference to Cyrus’ infamous awards show twerking performance with Robin Thicke, which was a major shift in public perception for the former Disney star.

Cyrus’ dad, Billy Ray Cyrus, also noted the anniversary on Instagram, sharing a photo of the cast from 2006. “Dang Flabbit! Happy Anniversary #HannahMontana!” he wrote alongside the nostalgic pic.