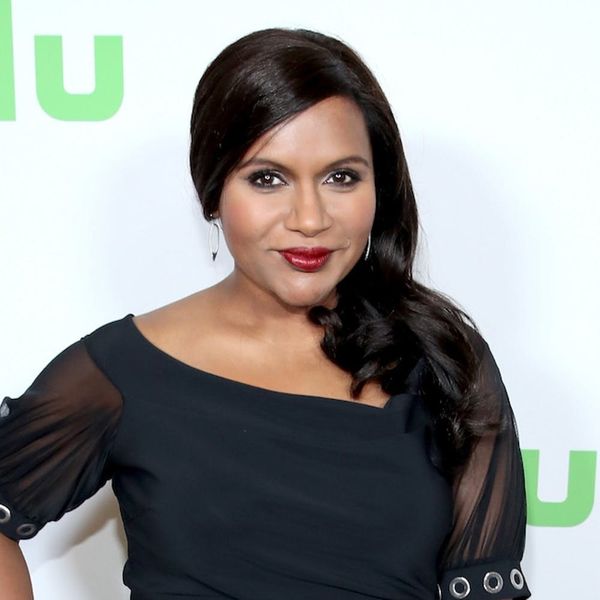 Mindy Project teasers and the end of an iPod era lead this morning’s top news stories. Check out those and more below in the TGIF Morning Buzz!

1. Mindy Kaling and the Mindy Project crew showed up for a Television Critics Association panel in Beverly Hills, and the reportedly pregnant Kaling looked fabulous in her dark, knee-length dress. Kaling has yet to confirm that she’s pregnant, though multiple publications reported the news last week. At the panel, Kaling said the new (and final, sniff) season of The Mindy Project would address mom-shaming, AND that Danny (Chris Messina) would return to get some closure with Kaling’s character, Mindy Lahiri. The Mindy Project returns on September 12 on Hulu. (h/t People; photo via Jonathan Leibson/Getty)

2. OMG: Jennifer Aniston and Reese Witherspoon are teaming up for a new TV show. Our minds are already racing with all the possibilities for this show, and TBH, every version of it is perfect. The yet-untitled series, by former HBO head of drama Michael Ellenberg, is said to be about morning shows and the New York media scene. Not many other details are available just yet, as the show is about to be shopped to cable and streaming services for pickup, but based on Aniston and Witherspoon’s history on-screen together (you might remember they played sisters on Friends back in the day), this is gonna be SO good. (h/t THR; photo via Jason Merritt/Getty)

3. Apple is discontinuing the iPod Shuffle and Nano. iPods are hardly as necessary as they once were, before phones could do literally EVERYTHING, but it still feels like the end of an era. While many people seemed surprised that the Shuffle and Nano were still kicking around at all, a few vocal diehard fans were sad to see them go. The only remaining iPod is the Touch, which got an update to make it resemble the iPhone relatively recently, so that one will probably stick around for a little longer. (h/t Recode; photo via Justin Sullivan/Getty)

4. The new trailer for IT is here, and after you watch it, you might never sleep again. If you thought the first trailer for the remake of the Stephen King classic was spooky, you were correct. But somehow, the latest is even CREEPIER. In the first full, official trailer, we hear Pennywise the clown speak for the first time as he passes the paper sailboat to little Georgie, and, well, nope. Nope nope nope! In the famous words of Bart Simpson, “Can’t sleep… clown’ll eat me.” IT is in theaters September 8.

30 years ago today I said I was Never Gonna Give You Up. I am a man of my word – Rick x pic.twitter.com/VmbMQA6tQB

5. Rick Astley, singer of “Never Gonna Give You Up,” Rickrolled the whole world and people could not even. It’s been 30 years since the ’80s hit “Never Gonna Give You Up” was released, and about 10 years since the song became a meme in the form of Rickrolling. Astley even Rickrolled the Macy’s Thanksgiving Day Parade back in 2008, and now, for the song’s anniversary, he’s done it again. “Thirty years ago today I said I was Never Gonna Give You Up,” he tweeted. “I am a man of my word.” He attached a short clip of the video, and while technically this isn’t really the correct use of a Rickroll, you KNOW people were just living for this (guilty!). One Twitter user went so far as to say that the meme has made the internet tolerable at times, and we can’t say we entirely disagree! (h/t Twitter Moments)

6. Quote of the day: “To be yourself in a world that is constantly trying to make you something else is the greatest accomplishment.” Ralph Waldo Emerson’s words are a much-needed reminder some days!

How do you express your individuality? Let us know @BritandCo!