Cancel Your Plans: The Trailer for Netflix’s ‘A Christmas Prince: The Royal Wedding’ Is Here 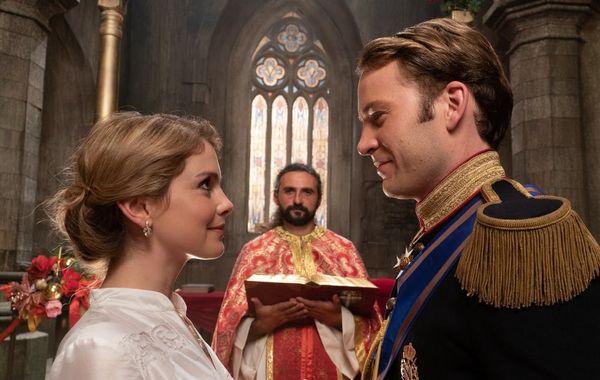 It’s finally here. Netflix just released the first trailer for A Christmas Prince: The Royal Wedding, the sequel to the streaming service’s original 2017 Christmas movie A Christmas Prince, and it looks like another instant classic.

The film picks up one year after American journalist Amber Moore (Rose McIver) and Prince Richard of Aldovia (Ben Lamb) first fell in love. The couple are in the middle of planning their wedding, and Amber finds herself thrust not only into the spotlight, but into the formalities and expectations of the royal family.

As the wedding draws closer, his family begins to meddle, first in the planning of details like her wedding dress, and then in her professional life, demanding that Amber shut down her beloved blog. Already frayed by the mounting pressures of royal life, Amber decides that giving up her writing is the last straw, and as Richard backs up his family’s request, she storms out, causing a major rift.

A Christmas Prince was a surprise hit in 2018, even earning its own shout-out in a Netflix tweet that ended up going viral. “To the 53 people who’ve watched A Christmas Prince every day for the past 18 days: Who hurt you?” the account tweeted. (Some people criticized Netflix for releasing viewer data, but the streaming service claimed it was representative of an overall trend, and not a glimpse into any personal user information.)

Since the success of A Christmas Prince, Netflix has upped its production of original holiday films. In addition to The Royal Wedding sequel, Netflix is releasing two other seasonal rom-coms, The Holiday Calendar (November 2) and The Princess Switch (November 16).

A Christmas Prince: The Royal Wedding arrives on Netflix on Friday, November 30. So soon!

Are you excited for the Christmas Prince sequel? Let us know @BritandCo!