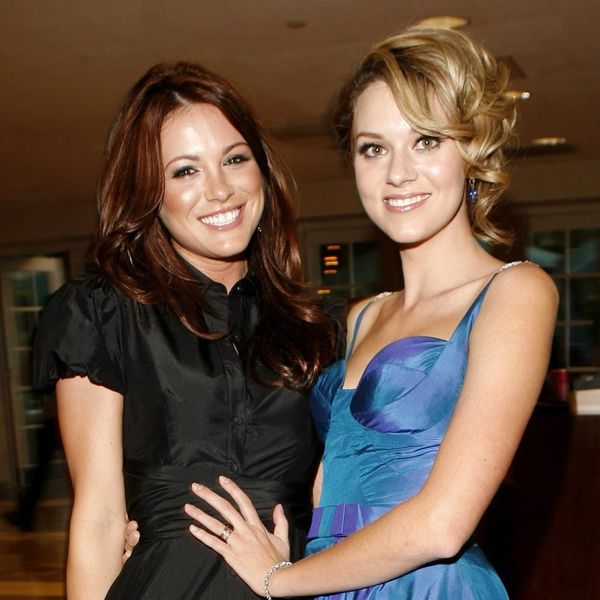 Lifetime is giving us a pretty sweet gift this holiday season. Not only is the network debuting a reported 14 original holiday movies in 2018, but one of those films, The Christmas Contract, will feature several cast members from One Tree Hill.

According to Entertainment Weekly, the project will reunite former OTH costars Danneel Ackles, Hilarie Burton, Robert Buckley, and Antwon Tanner. The story focuses on Jolie (Burton), who is going home to Louisiana for the first time after a breakup with Foster (Hunter Burke), who will be there with his new girlfriend.

Jolie’s best friend, Naomi (Ackles), offers up her brother, Jack (Buckley), as a buffer. He’ll go with Jolie to Louisiana if she helps him with a website for his new novel. Naomi, a lawyer, even draws up a Christmas contract that states the terms of the agreement. As Deadline notes, though, “the Christmas contract proves to be so much more than what they signed up for.”

Earlier this week, Burton, Ackles, Buckley, and Tanner set social media abuzz when they posted several Instagram photos from the set of what they called a “new project.” All four stars used “#Christmas2018” in their captions but then deleted the photos soon after posting.

According to Deadline, filming on the movie began earlier this month in Louisiana. Lifetime has not yet announced a premiere date for The Christmas Contract.

Do you plan to watch The Christmas Contract? Let us know @BritandCo!

Desiree O
Desirée O is a ‘Professional Bohemian’ who loves anything and everything related to the arts, entertainment, and pop culture. She ADORES being a ‘Newsy’ for Brit + Co, covering all of the latest tidbits of awesomeness that you want to read about. When she’s not writing, she’s either making messy art, going on long adventurous walks with her camera, or poking around over at bohemianizm (http://www.bohemianizm.com/). You can find out about Desirée O and her work at http://DesireeO.com/ or follow her on Twitter @DesireeO.
Movies
TV
Movies TV