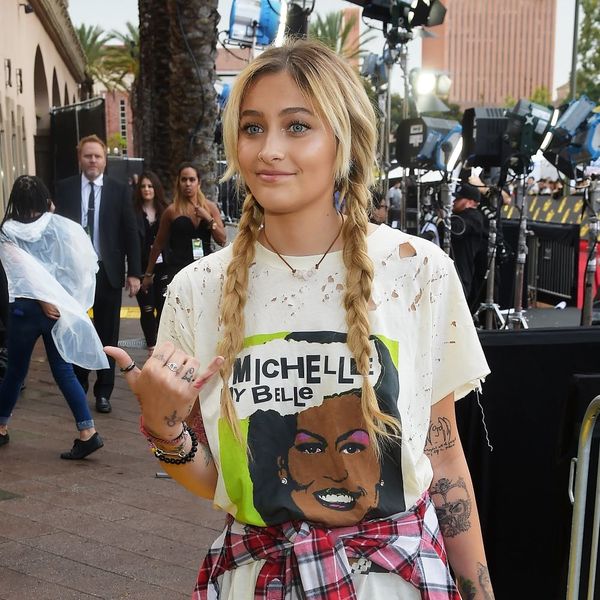 When we found out that Zendaya had been cast in the highly anticipated Spider Man: Homecoming movie, we were thrilled over the rumors that she might be stepping into the role of Peter Parker’s love interest. But some Marvel fans were decidedly less excited about the diverse casting. Unfortunately for them, Paris Jackson isn’t into their “sick” opinions. (Spoiler alert ahead! Avert your eyes if you haven’t seen the film.)

The backlash started when rumors surfaced that Zendaya would be playing Mary Jane Watson, AKA M.J. And while (SPOILER!) she does play a character who happens to go by the nickname M.J. (like the Mary Jane/M.J. in the original), her M.J. is a character named Michelle. She only reveals her nickname at the end of the film.

But some people have criticized the casting anyway, with a few saying that having an M.J. who isn’t a redhead compromises the story. (We have to shake our heads at the fact that stuff like this is still happening in 2017.)

Paris Jackson was willing to take on the haters directly, tweeting a fabulously fierce, “unfortunately some people have to work harder to get recognition for their talent. sick world we live in. zendaya still slays as usual.”

unfortunately some people have to work harder to get recognition for their talent. sick world we live in. zendaya still slays as usual. https://t.co/OHjECthN72

We could not agree more!

What do you think about Paris Jackson’s response to the trolls targeting Zendaya? Let us know @BritandCo!