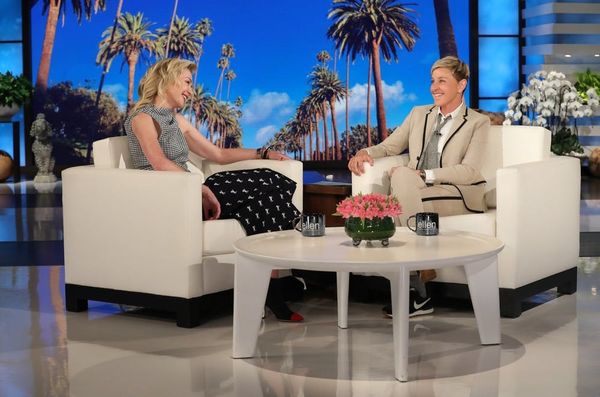 Ellen DeGeneres and Portia de Rossi love to celebrate their birthdays and anniversaries. Last year, as you may remember, de Rossi brought DeGeneres to tears with her incredibly generous b-day gift. This year, for the comedian’s 61st, she decided to do something a little smaller.

“In January, just last month, I turned 61 and, uh, what’d you get me?” DeGeneres prompted her wife on the Wednesday, February 20, episode of The Ellen DeGeneres Show. “Tell everybody what you got me.”

De Rossi laughed. “Gardening tools,” she replied, a little sheepishly. “But she likes to garden!”

To be fair, nothing could top last year’s epic gesture. For DeGeneres’ 60th birthday in January 2018, de Rossi revealed that she was building the Ellen DeGeneres Campus of the Dian Fossey Gorilla Fund in Rwanda. She also established The Ellen DeGeneres Wildlife Fund in her wife’s name. The gift moved DeGeneres to tears, as she marveled at how well de Rossi understands her.

Recently, the Arrested Development actress took a trip to Rwanda to attend the groundbreaking for the new campus. DeGeneres couldn’t attend due to her filming schedule, but she had her share of excitement while deRossi was gone. “I went to Jen Aniston’s birthday party, but that was not anything,” she joked of the star-studded bash. “I had some people at the house.”

“Just partying, basically, while I was over there,” de Rossi quipped. “It’s fine, though. Totally fine.”

What’s the best gift you’ve ever received from someone? Let us know @BritandCo!