What the Pho?! You Need to Try This Insanely Easy Pressure Cooker Pho Recipe 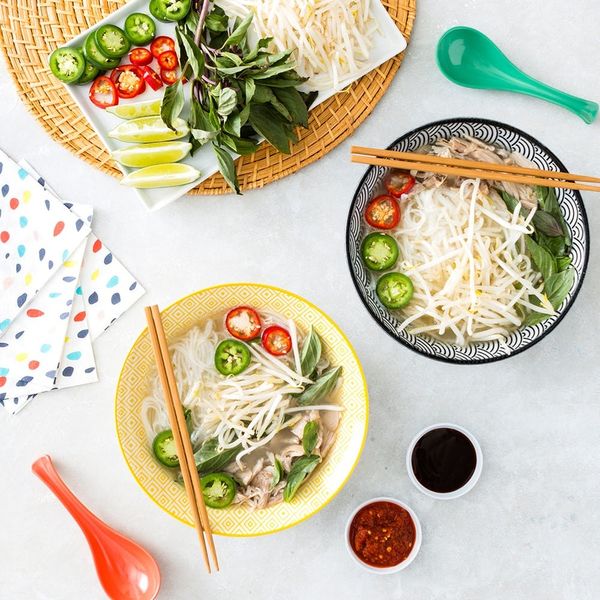 Pressure cookers are trending super hard right now, y’all, and after using one for the first time, I totally get it! They are straight-up MAGIC! Seriously, do not be intimidated by them; they are very user friendly and easy to master. I wanted to take advantage of its ability to shave hours off of any recipe’s cook time, and decided on Pho. It can easily take around 10 hours just to make the broth, but with the help of my new BFF the pressure cooker, it was ready in under an hour!

Fill with water. To avoid a pressure cooker catastrophe, make sure to respect the max fill line of your cooker.

Cover, lock, and turn pressure cooker on. Input 30 minutes. Immediately, you will see it say “On.” It took 30 minutes for the pressure cooker to get to the right pressure — at this point the cook time began, altogether taking just under an hour. AMAZING, right???

When the timer goes off, release the steam with extreme caution — do not put your hand over the area that the steam spews out of.

VOILA, and just like that, your broth is ready! Strain the broth and get ready for the fixings!

Next up, cook your noodles.

For the toppings, I shredded the meat from the chicken drumsticks and went with traditional Pho ingredients: basil, jalapeños, mung bean sprouts, lime, chili sauce, and hoisin.

You guys, this Pho was so good that it disappeared so quick. I had to fight people off it to finish getting photos of it!

Show us your pressure cooker recipes by tagging us on Instagram + using hashtag #iamcreative!