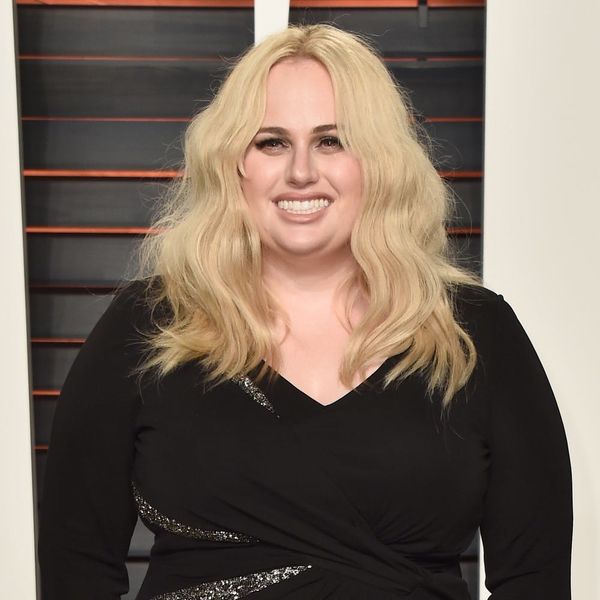 Rebel Wilson isn’t just a comedy superstar — like her name teases, she isn’t afraid to speak out. Time and time again, Wilson has made it clear that she will not stand for it when people trash talk her. So it came as no surprise to fans when the Pitch Perfect star sued an Australian media company earlier this year for accusing the actress of lying about her age.

A court in Melbourne handed down its ruling in the case on Wednesday, awarding the actress $4.56 million AUD (approximately $3.5 mil USD) in her defamation suit against Bauer Media — the “largest defamation damages award in Australian legal history,” according to her lawyers.

.@RebelWilson has been awarded $4.5m from Bauer Media, over defamatory magazine articles labelling her a serial liar. @JaydeVincent #9News pic.twitter.com/R6W2JLORGG

The saga began in 2015, when Aussie mag Women’s Day published a story in which the author cited a source who alleged that Wilson had lied repeatedly about her age, upbringing, and other things in her life. According to The Guardian, emails read in court indicated that the alleged source asked for varying sums of money for the information, and that the publisher’s lawyer advised against publishing.

Bauer ultimately ran the story in Women’s Day and subsequent stories in its other publications, and Wilson responded with a court case accusing the company of timing the release of the articles to coincide with the release of Pitch Perfect 2. She claimed in court that she suffered physical and emotional trauma and even lost out on a film role (in Kung Fu Panda 3) as a result of the stories. A jury decided in June that the articles were defamatory.

According to CNN, Justice John Dixon said “substantial damages” were necessary to vindicate the actress. “Unless substantial damages are awarded,” CNN quoted him as saying, “there is a real risk that the public will not be convinced of the seriousness of the defamation, but will rather wrongly conclude that the articles were trivial or not that serious.”

Her award includes loss of potential income and general damages.

But for Wilson, the trial was never about the money. Taking to Twitter after the announcement, Wilson said that she would donate the payout to various Australian charities, as well as to the Australian film industry, and that she’s most excited about getting back to work after the drawn-out legal battle.

I’m looking forward to helping out some great Australian charities and supporting the Oz film industry with the damages I’ve received.

“I’m hoping to film a movie in New York with fellow Aussie Liam Hemsworth, who I get to pash [make out with] in the movie,” the star told reporters outside the court, according to The Guardian.

Bauer, for its part, said it was “considering” the judgment. According to CNN, the company’s general counsel released a statement saying Bauer Media “has a long history of delivering great stories to our readers and we have a reputation for developing some of the best editorial teams in this country.”