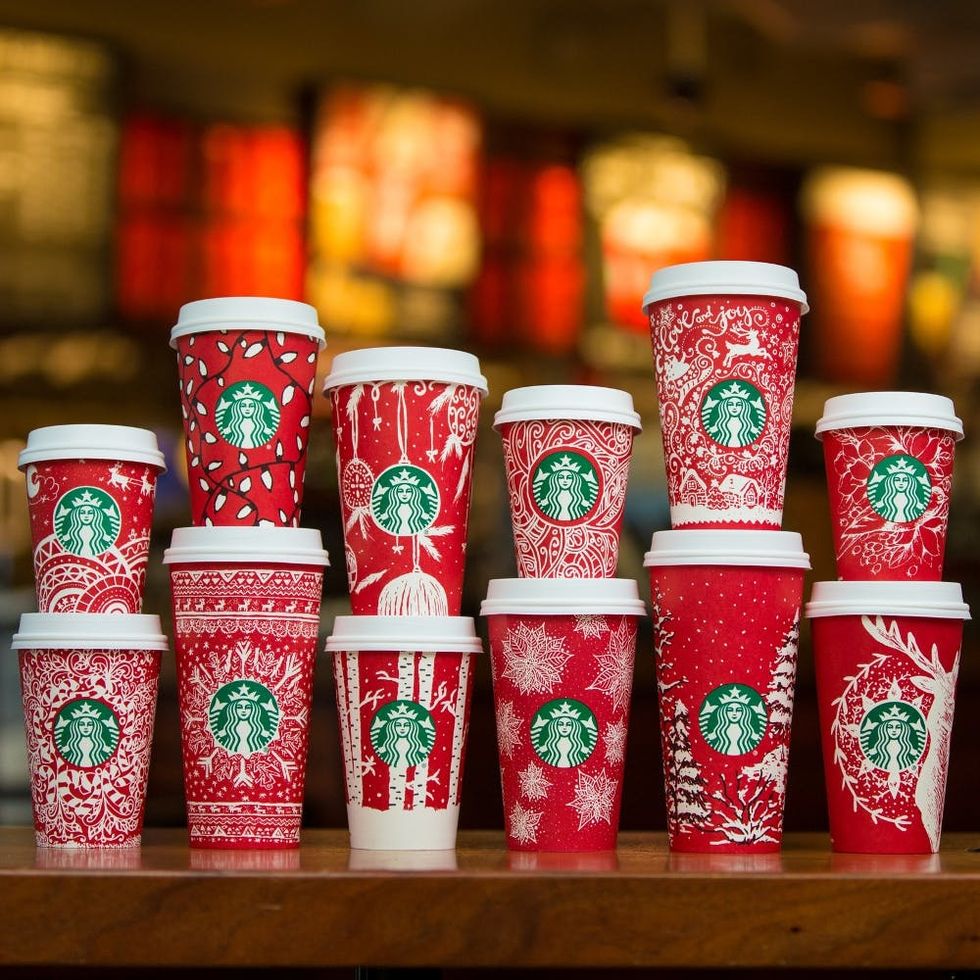 After all of the controversy over Starbucks’ red holiday cup designs last year, it looked like latté-lovin’ folks were going to be disappointed again when green cups first emerged. When a red cup finally hit the scene, folks weren’t any happier, with plenty thinking it looked like meat. Now, it seems like we were right to suspect that Starbucks had more than one design on the horizon, as our fave caffeine-fueled brand has finally officially released their 2016 holiday red cup designs. All 13 of them!

Yep, since customers weren’t happy with the stark, plain (and kinda pointless) red cup design last year, it seems like this time around, Starbucks wanted to take it in the complete opposite direction while also going totally over the top.

Letting the public take over this year, each cup (apparently 13 of ’em, though Starbucks only released pics of 12) was designed by a different person and will be offered in stores starting today, November 10.

Christmas lights and reindeer, snowflakes and sleigh-rides, snow-covered trees and ornaments — even one based on a Christmas sweater. They’re all so festive and delightful.

Check out the designs below and decide for yourself which one is your very fave.

What do you think about Starbucks’ holiday red cups for 2016? Tweet us @BritandCo!

20 Christmas Side Dishes & Recipes To Pair With Any Main

25 Meals To Warm You Up On Cold Winter Nights