Starbucks’ New Pokemon Go Frappuccino Has Taken Everyone By Surprise 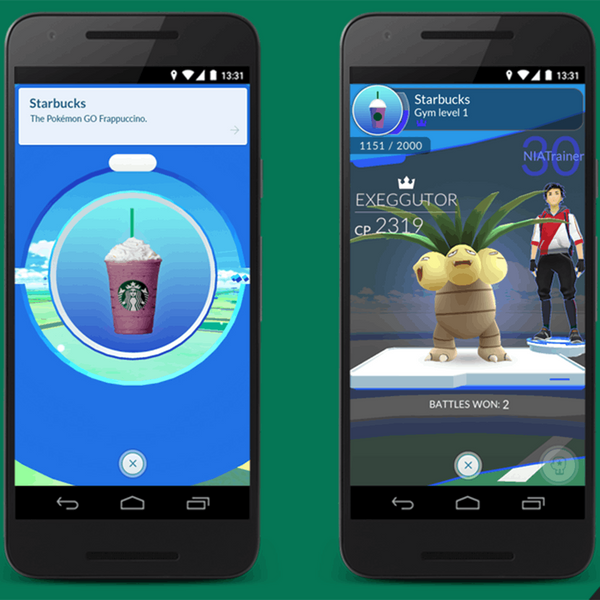 Some fads come and go, while others refuse to ever die. And, to be quite frank, we are surprised that some have as much staying power as they do. Namely, Pokemon Go. Everybody’s favorite app this past summer just announced that it is partnering with Starbucks and it’s not going anywhere any time soon.

i am 90 percent the pokémon go frappuccino will taste like corporate greed https://t.co/htiLv6URXZ

I got a Pokémon frappuccino at Starbucks today. Apparently it's been a secret menu item since August. At least we know it's a real thing.

Idk where we’ve all been for the past four months, but we were all obviously not looking in the right places.

So, if you’re still playing Pokemon Go, we just found your new favorite drink. If you’ve long since deleted the app off your phone, maybe just try it anyways? You’ve gotta catch all the Frappuccino flavors on the menu, right?

Are you still playing Pokemon Go? Let us know @BritandCo!

Cailey Rizzo
Cailey is a junkie for all things pop culture. She studied journalism and English literature at SUNY Purchase, then continued studying French cinema and literature at Paris IV Sorbonne. She currently lives in New York where she can often be found singing '70s music at karaoke bars.
Starbucks
Food News
Starbucks
The Conversation
Reviews:
More From Food News