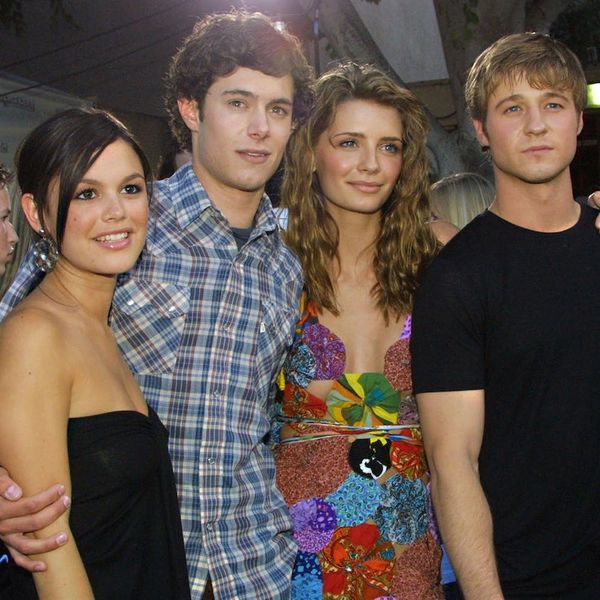 All this Fuller House news has apparently sparked a full-fledged revival of all of our favorite shows. First came the official reboot of the beloved ’90s sitcom, then we heard news that Twin Peaks is indeed coming back on and now two more of our teen favorites are rising from the television graveyard: Sweet Valley High and The O.C.

Before you start doing your happy dance thinking that Adam Brody is set to revive his role as everyone’s first boyfriend (AKA Seth Cohen), The O.C. will be coming back not as a television series, but as a musical (yes, that’s for real). The creators of the recent Cruel Intentions musical, which opened in LA last month, are back at it to re-create The O.C. in a similar format. The musical is set to be performed on August 30th for one night only. Considering Selma Blair, Reese Witherspoon and Sarah Michelle Gellar all turned up to watch Cruel Intentions on its opening night, we’re guessing an epic O.C. reunion might be happening the very near future.

Now, onto that Sweet Valley High news. Twin actresses Brittany and Cynthia Daniel revealed to E! that they are currently developing a reboot of every ’90s high schoolers fave California cool girl clique found in a book series (come on, that Blossom hat!). The books have already received the TV treatment briefly in the mid ’90s, but apparently, there’s current talk on the table. Brittany told E!, “There is some talk right now. We’re actually going to have some conversations with Francine [the author of the book franchise of the same name].” We’re really, really ready to meet the new Serena van der Woodsen and Blair Waldorf.

What television show do you wish would come back on air? Share with us in the comments below.

Cortney Clift
Cortney is the senior writer and special projects editor at Brit + Co. She typically covers topics related to women's issues, politics, and lifestyle. When she's not buried behind her computer you'll find her exploring New York City or planning her next big adventure.
90s
Home News
90s Nostalgia