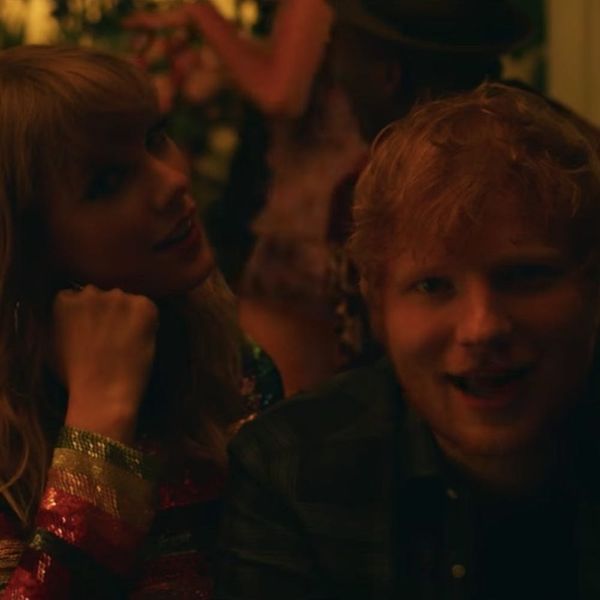 After taking to Instagram to tease the release of her “End Game” music video yesterday, Taylor Swift has released the full-length clip, and it has plenty of moments that fans are loving — or at least freaking out over.

Both Ed Sheeran and rapper Future contribute guest verses on the song, and both get plenty of screen time in the Joseph Kahn-directed video, which sees all three artists partying it up in style in London, Tokyo, and Miami.

As predicted from the teaser, the scenes that Swift and Sheeran share together are adorable, if totally platonic, but that hasn’t stopped fans from going into freak-out mode and shipping the two so hard.

Before the video came out, there was also a rumor that Katy Perry might be making a cameo. While Swift was filming in Miami last month, TMZ shared footage of a backup dancer sporting a familiar cropped platinum ‘do — but it turns out it was, indeed, just a lookalike. Whether it was intentional or not is still up for debate.

.@taylorswift13 was lowkey hoping this would be @katyperry #endgame pic.twitter.com/8UD9tGkAVM

And what would a Reputation-era Taylor video be without a little snake imagery? The “Gorgeous” singer reclaimed the slithery reptile with her comeback and has been sneaking references to it into all of her videos and performances. She even worked it into her wardrobe. “End Game” is no exception.

GUYS SHE IS WEARING SNAKE PRINT!! THIS IS NOT A DRILL!!! #EndGameMusicVideo pic.twitter.com/S8jncH8QGx

The ‘13’ on the radio !!!! The snake straws !!!! #endgamemusicvideo #endgame pic.twitter.com/lHjnZblbo5

Swift is sticking to her media blackout with the new album and hasn’t given any interviews, so it’s up to fans to decipher the meaning behind all of the imagery and subtle references. “End Game” is the fifth single, and third video, from Reputation. Check out the full video above!

What do you think of the “End Game” video? Let us know @BritandCo!