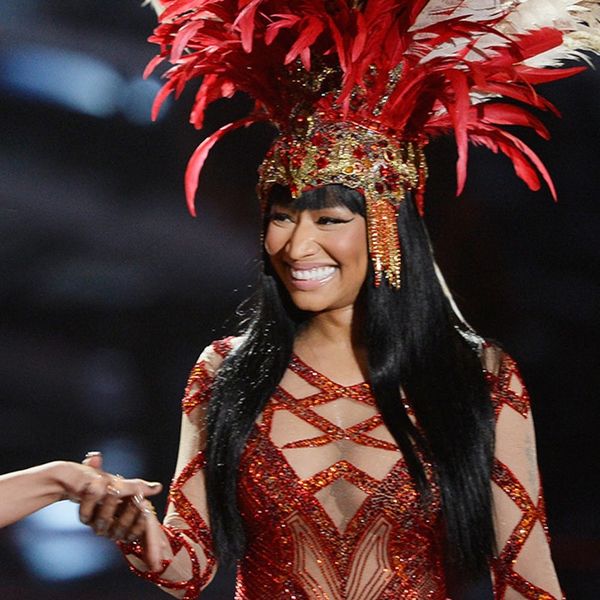 You may have been bummed when Jen and Ben broke things off. You may have been deeevastated when Gwen and Gavin ended things. But me? I was heartbroken over the Taylor Swift / Nicki Minaj Twitter spat.

You see, Taylor and Nicki go way back. Way back in 2011, Taylor Swift was doing a radio takeover at Nashville’s 107.5 The River. When asked to play a song, any song she wanted, she went rogue and suggested a lesser known “album cut” off of Nicki Minaj’s debut album. You may have heard of it at this point (it’s “Super Bass”). She rapped the opening verse “very badly,” the video went viral and Nicki released it as Pink Friday‘s fifth single in April, crediting Taylor in part for its rise.

Since, they’ve performed it live together onstage and (even after their recent Twitter exchanges RTed around the world wide web) after realizing both would be in the SF area around the same time, with Nicki free on one of Tay’s concert nights, I assumed the two would reunite. I WAS WRONG and, again, devastated.

Nicki Minaj opened the VMAs with a red feather-filled performance of “Trini Dem Girls” an under-appreciated gem on The Pinkprint. Already awesome, made only better when Taylor came up from the stage to join Nicki, ending the performance with a “Bad Blood” duet for the VMAs history book.

Thank you, Nicki and Taylor, for making us believe in world peace and the unbreakable bonds that two women as badass as both of you can share.

Update: Well, after seeing Nicki’s icy walk past Tay to accept her award, maybe there’s still a bit of bad blood between these two. And, for Miley and Nicki, there definitely is.

Does this make it all okay? We think so.

Lisa Raphael
In her past professional lives, Lisa has served the masses as the Editorial Director at Brit + Co, Bieber Whisperer at J-14, Golden Girls Fan Club Prez at Lifetime and Talk Show Host Understudy to Katie Couric. Now, she's taking on the sports world at The Relish, teaching Hairography 101 in her spare time and will forever be trying to fill the hole Zayn Malik left in her heart.
Music
Party
Music Taylor Swift