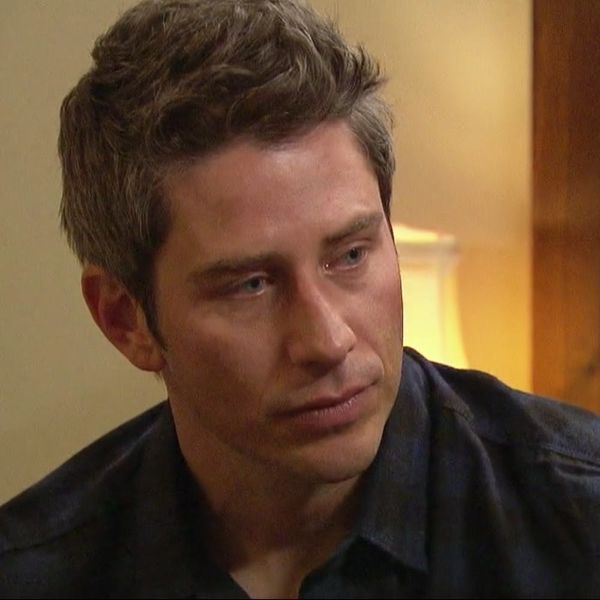 It’s hometown week on The Bachelor as I’m still coming down from the stress of having to keep up with so many women on this season and actively having a rough time keeping up with everyone on Winter Games. We’re villain-free at this point in the show, but are we conflict-free? Arie will be put through the wringer with the families of two super cool ladies and two very boring ladies and it looks like it might get a little intense. Here’s to hoping that Arie can charm his way into all of these moms’ and dads’ hearts or at least convince some of them that he’s not the dullest man alive.

First, Arie goes to Los Angeles to meet Kendall’s family. Kendall brings Arie to her taxidermy room and has him stuff mice with her. It’s weird and wonderful and it’s clear that Kendall isn’t going to win this thing, but I’m officially starting my campaign for Kendall to be the next Bachelorette. Her thoughtful response to Krystal back in Paris and her generally sweet soul have totally won me over. Get this girl twenty-nine kind-of-weird dudes who are actually cool, so she can find someone to help her collect dead animals and hand-cranked gramophones and whatnot.

Kendall brings him to meet her family, including her twin sister Kylie. Wait. Twins. Named Kendall and Kylie. I die. We get further indications that it’s not going to work out for Kendall and Arie as we get to know her family. Kylie, who of course is an energy reader, senses space between Arie and Kendall and lets him know. Kylie also tells Kendall that Kendall has to let all of her feelings out even if it makes her uncomfortable, though the fact that they couldn’t communicate this telepathically makes me wonder if they’re really truly twin sisters. Additionally, Kendall’s dad tells Arie that she isn’t ready for an engagement. After they leave her family, Kendall tells Arie that she’s falling in love with him. If by some miracle this works out, does she get to stuff Arie if he dies first?

Next, Arie heads to Weiner, Arkansas to meet Tia’s family. Tia smartly gets him in a race car for some good, ole fashioned dirt road fun. She takes him to meet her very southern family and they win hometown visits by toasting to Arie with cocktail wieners. Brilliant. Tia’s brother and father give Arie a fairly convincing tough-man act and grill him on his reputation for being a “ladies man”. It’s all very silly and adorable and even though they give their blessing, it’s clear that Tia’s family knows that Arie’s just not cool enough for their firecracker of a daughter.

Arie then goes to Minneapolis to meet Becca’s family. Becca’s father passed away, so her uncle is her go-to for dad stuff. While her uncle tries to be the “if you hurt my niece” type, he doesn’t have much to say except that Arie should go to church with Becca. Sure, cool. Her mother is much more skeptical of Arie and grills him on relationships and marriage and Arie totally nails it with Hallmark card-ready garbage like, “My parents have been married thirty-six years and they choose each other every day.” This seriously wins Becca’s mom over and the whole scene is so snoozy and reasonable that it looks like boring Becca’s got this whole thing wrapped up.

Finally, Arie meets the last surviving Lauren in Virginia Beach and why they saved the most painfully boring hometown visit for last is completely beyond me. Lauren’s walls may be coming down but they’re falling paint chip by paint chip and when we meet her family, we finally understand why. If Lauren is the strong silent type, her eyebrow-upturned mother and gruff military father are positively monk-like. Arie has to excuse himself from the table because the awkward silences are so painful. Eventually he wins over her father by telling him that he visited the troops in Iraq (rah rah, military!) and Lauren convinces her mother by telling her that she doesn’t believe Arie has told anyone else he was falling for them. Hmmmmmmm.

At the rose ceremony, Arie is deeply conflicted, having fallen for each of the women during their hometown visits. Before handing out roses, he struggles and eventually asks Kendall to go outside and talk to him. He asks her if she’s ready to get engaged and she can’t bring herself to say she is at the moment, even if she is falling for him and sees qualities in him that she wants in a husband. Seemingly, she has signed her own death warrant here, but Arie surprises everyone by giving Kendall a rose over Tia, who is completely blindsided and upset. She cries and asks Arie what she did wrong. Arie can’t come up with an answer and tells her it’s just about the emotions between two people. Arie’s a dope, Tia! You’ve totally dodged a bullet here and you’re definitely going to find love and margaritas later this summer on Paradise. I just know it!