The Hottest “Boy Band” in China Has One WILD Twist: They’re Women 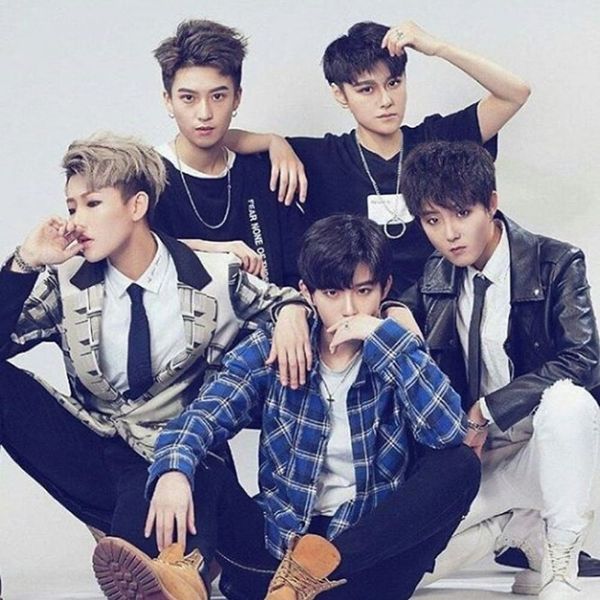 Boy bands come in all shapes and sizes, yet one thing they usually all have in common is that they’re, well, boys. But when it comes to the hottest “boy band” in China, there’s one totally unexpected twist: They’re women. Yep, all five of the crush-worthy fellas in Acrush are actually crush-worthy ladies.

Consisting of five women who range in ages from 18 to early 20s, this band may not fit your definition of boys (in that they’re not male and, well, they’re all adults), but that doesn’t seem to matter at all to their 900,000+ Weibo followers who are eagerly awaiting the group’s first video in April.

Lu Keran, An Junxi, Peng Xichen, Min Junqian, and Lin Fan make up the group officially called FFC-Acrush because they’re part of the Fantasy Football Confederation sports brand, which apparently “develops idols” (they’re also required to learn to play soccer and somehow incorporate the sport into all of their performances, because that totally makes sense… or whatever).

Specifically chosen for their gender-bending looks, the group aims to play on the success of other pop stars like Li Yuchun, who has found total fame with a strikingly androgynous style.

According to the band’s manager, the “A” in the group’s name is taken from Adonis, the Greek god of male beauty, and the performers prefer to use the gender-free term “meishaonian,” which means handsome youths. Fans are already loving it all, with many referring to the members as their “husbands,” a term usually reserved for male crushes.

We can’t wait to see their first video and have to wonder if it will be more Backstreet Boys-ish, ‘N-Sync-like, or something completely new?

What do you think about a “boy band” made up of all girls? Let us know @BritandCo!