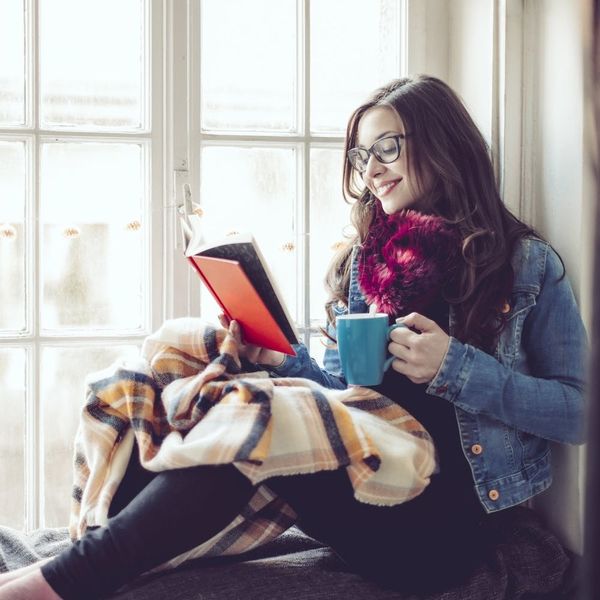 We’ve had a great year of reading here at the Brit+Co Book Club, and 2016 has been a great year for books (if nothing else, literature tends to flourish in an increasingly dystopian world). As the year winds to a close, let’s count down with some of our favorite volumes from the past twelve months, everything from the nerviest non-fiction to the most scintillating stories. If you’re looking for some vacation reading or some last-minute holiday gifts, here’s a good place to start.

1. January: My Name Is Lucy Barton by Elizabeth Strout ($18): Strout, Pulitzer Prize-winning author of Olive Kitteridge and The Burgess Boys, delivered a novel of haunting simplicity in January. It’s on all sorts of best-book and bestseller lists, and was long listed for the Man Booker prize. There’s a reason why. It’s full of sentiments without being sentimental; it’s far-reaching but sparing, it’s been called both “profound” and “down to earth.” At its heart, it’s the story of a mother-daughter relationship that’s both familiar and captivating. As Lucy endures a slow recovery from what should have been a quick operation, her mother comes to see and potentially care for her. The twist is that the two haven’t spoken in years, and the reunion may not be wanted. It’s needed, though, as Lucy has a life of yearning that has never been fully satisfied, even through her own writing career, marriage and beloved children. “To begin with, it was a simple story,” writes Lucy, and it seems like it might be enough at first to chat about hometown gossip with her mother, but depth charges await.

2. February: In Other Words by Jhumpa Lahiri ($16): The chill of February invites us to focus on the heat of love, and one of February’s most intriguing releases was Jhumpa Lahiri’s love song to language, In Other Words. Known for her fiction (especially the Pulitzer Prize-winning Interpreter of Maladies), Lahiri masters both non-fiction and the Italian language, determinedly learning how to communicate in a new milieu in the years after her first trip to Italy with her sister. Lahiri wrote the whole book in Italian, and readers can shore up their own language skills by reading the dual-language format, with Ann Goldstein’s facing translations. Even Mindy Kaling was over the moon for Lahiri’s latest, calling it a “literary mic drop.”

3. March: All the Single Ladies: Unmarried Women and the Rise of an Independent Nation by Rebecca Traister ($17): Changing times demand a changing nation, and even a potential revolution. Rebecca Traister’s captivating journalistic achievement tells the tale of a singular development; started just after America learned the “Single Ladies” dance and the year the country first boasted more single than married women, her research and interviews put a face to an independent generation. Traister dispenses with the notion of marriage being a “happily ever after,” with singledom leading to the beginning of a fascinating story, as it has historically led to huge changes in the development of human rights. The book marries (sorry) academic with moving personal statements, and delivers a compelling argument to why you might want to wait to put a ring on it, or at least support others who make that decision.

4. April: Hamilton: The Revolution by Lin-Manuel Miranda and Jeremy McCarter($27): Speaking of revolutions, this was Hamilton’s year on Broadway and in the world, as official “genius” Lin-Manuel Miranda made us all interested in a “Founding Father without a father” whose story could have come out of any rap opus. The “Hamiltome,” as its fans call it, takes readers from mixtape to MacArthur Genius Grant, from its not-so-humble beginnings (its first song debuted at the White House, with Obama making an appearance in the book) to its Tony landslide victory. It features the incredibly detailed libretto of the show, as well as tons of stories and pictures. It’s for fans and fans-to-be, which should be everyone, of a show in which the women are brilliantly witty and compassionate, and where Aaron Burr and Thomas Jefferson are hip hop hotties.

5. May: Shrill: Notes from a Loud Woman by Lindy West ($16): May was full of amazing and socially relevant books (like the story of gay marriage’s victory at the Supreme Court, Love Wins, and Tig Notaro’s blistering I’m Just a Person), but we found that maybe the best way to get listened to above all the options is to be Shrill. Lindy West’s collection of personal essays was on point, funny, sad and pointed. It called out misogyny and fatphobia, and managed to do both while leaving a permanent grin on your face. Caitlin Moran calls it “literally the new Bible,” and we’re inclined to agree; it was time for someone to call out the haters, and to remind us that being shrill is just another word for being confident and speaking your mind. With chapters like “It’s About Free Speech, It’s Not About Hating Women,” West’s mind can speak to us as loudly as it wants.

6. June: Homegoing: A Novel by Yaa Gyasi ($17): An epic year deserves an epic novel. Homegoing is a story of seven generations, an epic journey of two half-sisters who live in Ghana and America in the 18th century. Their worlds might as well be divergent universes, as Effia, who winds up in Ghana married to a rich Englishman, lives a life of relative privilege, while Esi’s American world is little but heartbreak and slavery, a terrible fate for a woman who is much more than that. The racism and classism inherent in both sisters’ situations wind up having explosive consequences down the line, as the British oppression in Ghana leads to an interminable war, and the brutality of American slavery shapes a nation’s consciousness and still cries out for redress. Take it from Ta-Nehisi Coates, who raved, “I think I needed to read a book like this to remember what is possible.”

We just posted our July-December picks, so go check it out here. And, as always, read on!

What books were tops this year? Tag us along with your favorite 2016 read @BritandCo.