How I Landed My Job as a ‘This Is Us’ Writer 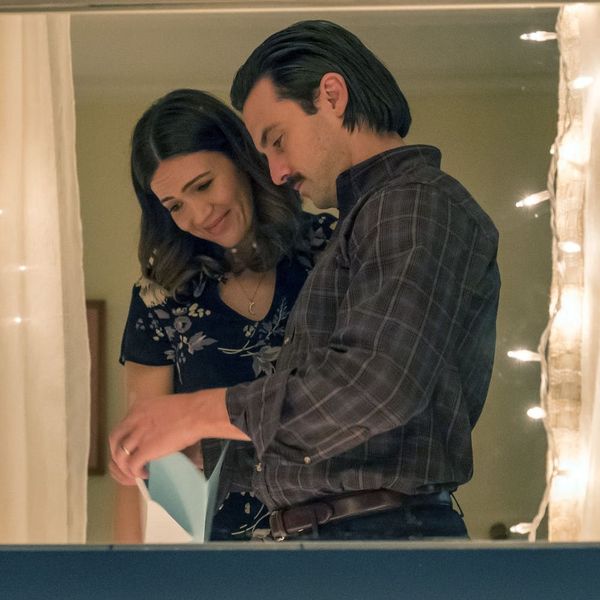 If you’re curious about how television gets made, you’ll be happy to know that more and more women are at the helm of some of TV’s best shows, both in front of the camera and behind it. In our Women in TV series, we chat with female producers, writers, and crew members who prove that being in the entertainment industry isn’t just for boys. This week, This Is Us supervising producer and writer Bekah Brunstetter gives us an inside look into how she broke into the television world, and how the entire crew works collaboratively to make us cry every week. (We’re still not over Jack’s death, no matter how many times Milo reassures us, or the loss of Kate’s pregnancy.)

Bekah Brunstetter: I’m a supervising producer, but that still basically means writer! The bulk of my responsibility is breaking episodes with the rest of the writing staff, which means mapping out an episode beat by beat. I write a few episodes a season. As a producer, I’m on set for my episodes, such as working with the director or answering actors’ questions. I’m also involved in the editing process and giving notes on early cuts of episodes before they air.

BB: Most days are spent in the writers’ room, which is essentially a conference room filled with an absurd amount of gum, white boards, index cards, and dry erase markers. We start off talking about what’s happening in our lives and in the world — then we get to actual work, talk through story ideas beat by beat, hone and specify, sometimes throw them out and re-do them, then eventually get to the point where we’re happy, and gradually over time, we build an episode.

BB: I started out as a playwright, and was fortunate enough to land a theater agent a few years after grad school at the New School for Drama. My theater agent introduced me to my LA-based TV manager, and I started coming out to LA a few times a year to take meetings, which means driving around to various buildings and shaking hands with various people and collecting bottles of water. TV people love meetings! I used my plays as writing samples, which felt good, as I was really staying true to who I am as a writer when putting myself out there. It took a minute, but eventually, I was offered a job as a writer’s assistant on an MTV show, then got my first staff writer job soon thereafter.

B+C: What do you love about working in TV?

BB: I love how it’s collaborative. It reminds me of theater in that way. It’s never all on me to have the answer. I work with a handful of brilliant people, and if my brain can’t crack it, surely someone else’s will. I love how we all get to know each other as humans, and as brains, and how we learn to build on each other’s ideas.

BB: I am seeing way more parity in writing staffs. Gone seem to be the days of staffs with mostly men. Women’s voices are imperative. The showrunners know it and the executives at the networks know it, so the staffs are so much more balanced now, not to mention diverse. I’m incredibly lucky because my first long-standing job was on ABC Family’s Switched at Birth, which was created and run by Lizzy Weiss. I got a strong yet kind woman as a mentor and boss for the first three years of my TV career, and I’ve stayed pretty lucky in that regard ever since.

(Bekah Brunstetter photo via Katie McGehee; This Is Us photos via Ron Batzdorff/NBC Universal)

2021 Home Decor Trends According to the Pros

The idea of home took on a whole new meaning as soon as sheltering in place and lockdowns became a regular thing in 2020. And it wasn't all bad. We got back to cooking at home, bonding with our partners/families/housemates and pets, and we did a bit of redecorating. In fact, home decor and furniture sites saw huge growth (more than a billion global visits in March 2020 alone) as a result of the pandemic.

2021 Home Decor Trends According to the Pros