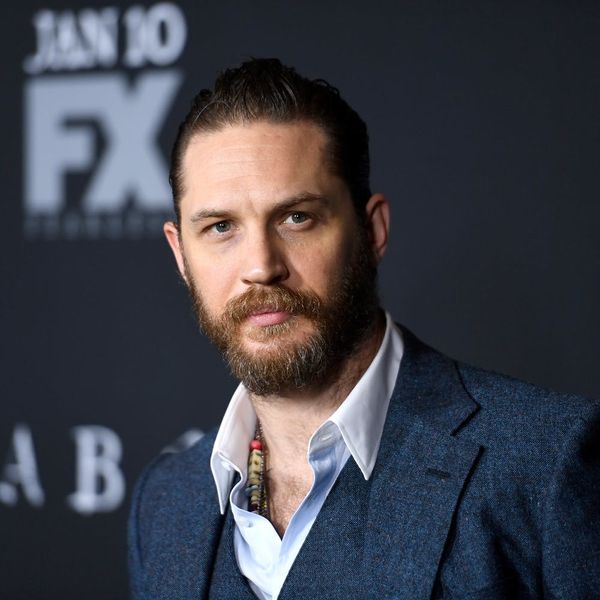 At this point, it would be pretty hard to convince fans that Tom Hardy ISN’T an IRL superhero. That’s because the swoon-worthy actor (who had us totally starry-eyed over his bedtime story), just dramatically chased down a thief and placed the bad guy under citizen’s arrest. Seriously, Tom Hardy doesn’t need a script to save the day!

According to The Sun, Arun Pullen witnessed the wild scene (that could’ve been right out of an action movie) which occurred in the southwest London suburb of Richmond. Hardy just happened to be walking around near his home when two young men stole a moped and crashed it into a Mercedes. When the men took off running, the 39-year-old star ran after them.

Reportedly witnessing Hardy chase one man through backyards and a building site (even climbing over walls in pursuit!), Pullen claims, “It was like he’d switched to superhero mode in an action movie. Two boys on the nicked moped had jumped a red light and smashed into a car. Tom must have been walking down the road. He went off like a shot in pursuit and looked furious. If the kid had been dumb enough to resist I reckon Tom would have given him a good hiding.”

When Hardy had nabbed the young criminal, he allegedly patted him down for weapons before placing him under citizen’s arrest. “I asked Tom what happened,” Pullen continued, “and he told me he chased him through my back garden and caught him around the block — but the route was like an assault course. Tom Hardy’s clearly not a man you’d mess with. I think he even checked the kid’s ID before cops took over.”

We’re sure the police were as stunned as the crime-committing kid (and everyone else who witnessed the event) that it was Tom Hardy who had saved the day.

Though even if they weren’t loving it, the internet certainly is…

Shocking footage of the moment #TomHardy caught a #moped #thief has emerged.. pic.twitter.com/utk37FwSVm

Women all over London have been stealing mopeds today. #TomHardy

Are you surprised to find out that Tom Hardy is basically an IRL superhero? Let us know @BritandCo!