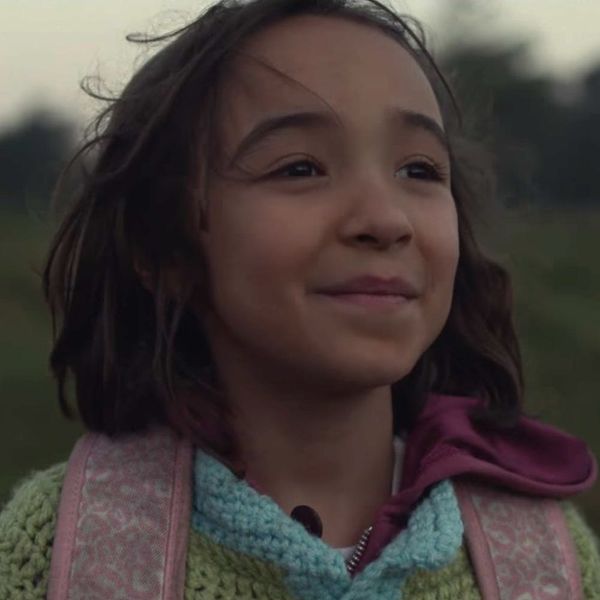 There were a lot of memorable moments from this year’s Super Bowl — we’re talking about Lady Gaga’s subtly political performance and the Stranger Things season two trailer, natch — but one particular part of the night still has peeps buzzing in a totally viral way. When 84 Lumber’s commercial hit the air, folks were stunned. Little did they know that the full commercial was in fact censored and was even more controversial than the one that had viewers talking. Check out the full uncensored version below and find out why folks are calling to #boycott84lumber.

With a 30-second Super Bowl ad that cost an estimated $5 million to produce, 84 Lumber was certainly prepared to make a point. Their ad, titled “The Journey Begins,” features a Mexican mother and daughter on a long and difficult journey to the US. In the final image of the commercial we see the woman and child holding hands while text directs us to “See the conclusion at Journey84.com.”

See the journey that lies ahead. Watch Part One of the 84 Lumber Super Bowl Commercial now by clicking the link in our bio.

However, on the website, we not only get the ending of the story, but we can see the full uncensored version in which a wall crushes the mother’s hopes while attempting to keep her and her child out of America. Deemed too controversial by Fox, they insisted that the clip without the wall be shown instead.

84 Lumber, a 61-year-old family-run company, says that the commercial is meant as a recruiting tool, and a kickoff to their yearlong campaign.

Watch the entire journey below and decide for yourself.

As for folks on the internet, while some loved the gesture…

#84lumber had me balling with their #SuperBowl #Commercials thank you for restoring my faith in america..

All people are talking about this morning is how incredible the #84Lumber spot was during the #SuperBowl. SO happy. @84LumberNews #Journey84

Proud of our hometown heroes #84lumber for their very visible bit of protest during the Super Bowl. https://t.co/u98439psqx

Class today begins with the #84lumber commercial. We must each find a way to make a door.

There are those who are pretty unhappy about the company’s take and are calling to #boycott84lumber.

Every time a company tries to get political for press, they lose money. Wonder how long until they'll learn. #Boycott84Lumber #BoycottAudi

Geez, another commercial to boycott and I don't even know what the product is. 84 Lumber? #Boycott84Lumber

What do you think about 84 Lumber’s commercial and the resulting boycott attempt? Tweet us @BritandCo!

Desiree O
Desirée O is a ‘Professional Bohemian’ who loves anything and everything related to the arts, entertainment, and pop culture. She ADORES being a ‘Newsy’ for Brit + Co, covering all of the latest tidbits of awesomeness that you want to read about. When she’s not writing, she’s either making messy art, going on long adventurous walks with her camera, or poking around over at bohemianizm (http://www.bohemianizm.com/). You can find out about Desirée O and her work at http://DesireeO.com/ or follow her on Twitter @DesireeO.
Super Bowl
Pop Culture
Super Bowl
More From Pop Culture