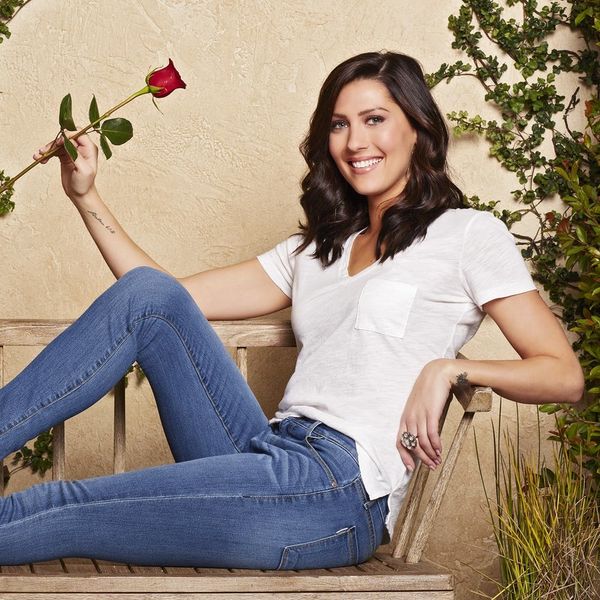 Welcome to Brit + Co’s Weekly Entertainment Planner! Each Monday, we highlight one thing we’re excited about in six categories — movies, TV, music, streaming services, podcasts, and a bonus pick from all of the above — to help you navigate your week in watching and listening. Check out our picks for the week of May 28 to June 3 below. Your eyes and your ears will thank us!

Adrift (June 1): Starring Shailene Woodley and Sam Claflin, Adrift tells the true story of a couple (Tami Oldham and Richard Sharp) who set sail on an adventure only to get stranded in a hurricane the middle of the ocean. When the storm clears, Richard is hurt and the boat is badly damaged, and they must navigate their way out with no help whatsoever. (Photo via STX Films)

The Bachelorette (May 28): Becca Kufrin has already shared some majorspoilers about her season of The Bachelorette, but that won’t deter the world from tuning in to see if she gets her second chance at love after being dumped by Arie Luyendyk Jr. on The Bachelor. Who will potentially win her heart? The guy in the chicken suit? The “social media participant“? Watch the two-hour season 14 premiere on Monday, May 28, at 8pm ET on ABC to find out! (Photo via ABC/Craig Sjodin)

Unbreakable Kimmy Schmidt (May 30): When we last left the impossibly positive Kimmy Schmidt, she was starting her new job at a tech startup. Season 4 picks up with the bummer realization that her first task will be to fire someone. The first six episodes arrive on Netflix on May 30, with the rest of the season — which may be its last — set to arrive later this year. (Photo via Eric Liebowitz/Netflix)

Little Gold Men: Do you miss awards season as much as we do? Little Gold Men is a Vanity Fair podcast about the inner workings of Hollywood, film festivals, and red carpets that keeps the excitement going year round. It’s a must-listen for any film and TV buff. Subscribe here, or search for it wherever you get your podcasts. (Photo via Andrew H. Walker/Getty Images)

Governor’s Ball Music Festival (June 1 to 3): Festival season continues with the annual, three-day, Randall Island, NYC music festival. This year’s lineup features some of the biggest and best names in music from across all genres: Jack White headlines on Friday, Travis Scott headlines on Saturday, and Eminem will close out the weekend on Sunday. Shawn Mendes, Post Malone, Yeah Yeah Yeahs, Halsey, Chvrches, and lots more are also scheduled to perform. Check out the full lineup and ticket and event info on their website. (Photo via Kevin Winter/Getty Images)

Flip or Flop (May 31): Tarek and Christina El Moussa return for season 8 of their hit HGTV reno show — their first new episodes that were filmed after the couple divorced in early 2017. Check out the premiere on Thursday, May 31, at 9pm ET on HGTV. (Photo via Gregg DeGuire/WireImage)