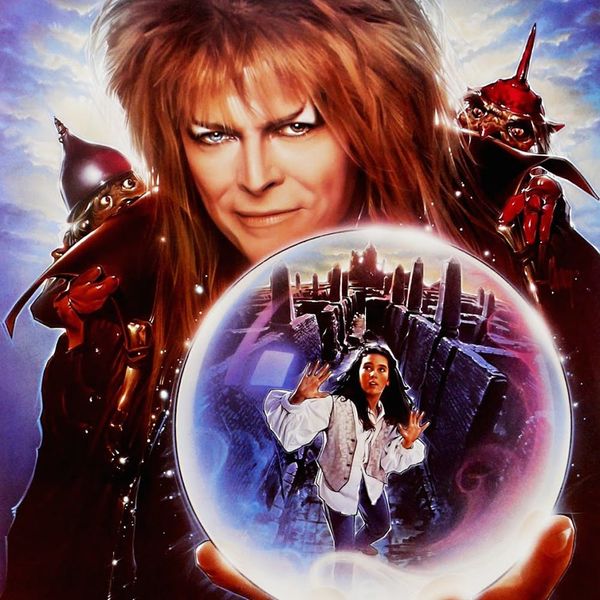 If news of Jude Law playing Dumbledore in the next Fantastic Beasts installment and the highly anticipated Love Actually sequel have left you smiling from ear to ear, hold on to your seat, because yet another HUGE piece of movie news just dropped: Labyrinth is getting a sequel!

It’s been over three decades since the cult classic hit the big screen in 1986, but the film, which starred Jennifer Connelly and the late, great David Bowie, has lost none of its magic. Now, it’s getting a brand new chapter. Born from the brilliant mind of Jim Henson (whose Creature Shop also created all of the puppets in the movie), Labyrinth was the last flick Henson ever directed, and it made quite the mark on the world, as fans still adore it 30 years later.

Although there is no word yet on who will star (casting is currently underway) and what the movie will be about (the film will NOT be a remake, but rather a new story taking place in the same universe), it has been confirmed that Uruguayan filmmaker Fede Álvarez will direct and co-write the script with British screenwriter Jay Basu. The duo is currently working on The Girl in the Spider’s Web (the fourth installment of the Girl With the Dragon Tattoo series) and is set to tackle Labyrinth after its wrap.

30 years ago today, #Labyrinth was released in the UK & screened for the Royal Family! Read more about the premiere: https://t.co/p4fUf9cTwv pic.twitter.com/3HSBl22sPV

Speaking with Deadline, Álvarez revealed why he was inspired to take on such a big project: “Labyrinth is one of the seminal movies from my childhood that made me fall in love with filmmaking. I couldn’t be more thrilled to expand on Jim Henson’s mesmerizing universe and take a new generation of moviegoers back into the Labyrinth.”

"You're him, aren't you? You're the Goblin King!" #Labyrinth #Labyrinth30 pic.twitter.com/dTSXO6wtMC

Needless to say, the sequel’s cast and crew will have some pretty big (read: HUGE) shoes to fill, however: The news has brought about some skepticism, as die-hard fans question what the project will look like without its original director and stars.

No sure how I feel without Henson and Bowie 😔 #labyrinthsequel

In today's "Leave It Alone" news, there's a Labyrinth sequel in the works… oh boy. https://t.co/kSHQbauees

Production of Labyrinth is expected to begin later this year.

Are you excited for a Labyrinth sequel? Tweet us @BritandCo.