17 Incredible Things to Do, See, and Eat at Disney Parks This Summer 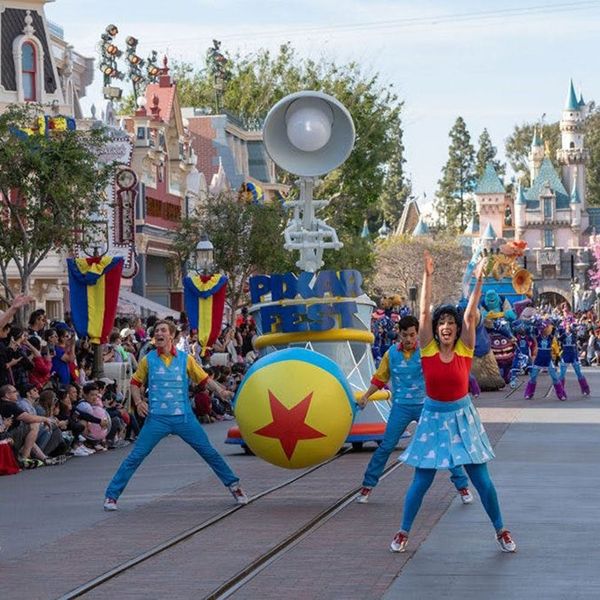 Get out your calendar, text your BFFs, and start searching for the cheapest flights — now’s the time to plan an unforgettable Disney Parks adventure for this summer. Think of the churros, the hottest new Minnie ears, and all of those fun Pixar experiences to be had. A seriously good time is guaranteed for everyone, especially when checking out all the new offerings at the parks from Pixar Pier and Toy Story Land, to a fresh array of tempting cocktails at the Lamplight Lounge. Scroll on to see what’s in store at the happiest places on Earth right now!

1. Go to Pixar Fest at Disneyland. Pixar Fest is in full swing throughout the summer (it ends on September 3). While there you can eat adorable Pixar-inspired foods and buy cute Pixar gear, and make sure to catch a set of TripleDent Gum presents The Pixarmonic Orchestra playing iconic Pixar ditties. Plus, you won’t be able to resist those Alien macarons! Check out our guide to 32 things you’ve gotta do while at Pixar Fest. (Photo via Joshua Sudock/Disneyland Resort)

2. Explore Pixar Pier. June 23 marks the opening of the much-anticipated Pixar Pier at Disney California Adventure. The Boardwalk celebrates all things Pixar with four distinct neighborhoods: Incredibles Park will focus on The Incredibles (of course), Toy Story Boardwalk will surround the ever-popular Toy Story Midway Mania attraction with a couple of new food venues like Poultry Palace (based on the Pixar short, Toy Story Toons: Small Fry), as well as Señor Buzz Churros paying a delicious homage to when Buzz was stuck on Spanish mode. Pixar Promenade will feature games like Heimlich’s Candy Corn Toss, Wall-E Space Race, La Luna Star Catcher, and Bullseye Stallion Stampede. And you won’t want to miss Bing Bong’s Sweet Stuff for treats, or Angry Dogs for a spicy Inside Out-inspired dog (there will also be a whole section dedicated to Inside Out, but that’s scheduled to open at a later date). (Photo via Joshua Sudock/Disneyland Resort)

3. Ride the Incredicoaster. The centerpiece of Pixar Pier is the new incarnation of the old coaster California Screaming. This Incredibles-inspired ride features a cool mid-century-modern-style ride loading area, a fresh look for the coaster vehicles, and brand new superhero-worthy moments throughout the ride starring the adorable Jack-Jack. (Photo via Disneyland Resort)

4. Grab a drink at the Lamplight Lounge. The Lamplight Lounge in Disney California Adventure is inspired by a bar in Emeryville, CA, where Pixar animators hang out during off hours. The bar will serve up tasty cocktails such as the Over Budget (vodka, passion fruit, fresh lime juice, agave nectar, and ginger beer) and the Last Word (aperitif wine, pêche liqueur, Amontillado sherry, fresh lemon juice, agave nectar, and soda water). Along with the drinks, the lounge will offer California casual gastropub cuisine with a playful twist. Cove Bar diehards (which this lounge replaces) won’t be too sad; the lobster nachos will still be on the menu. (Photo via Disneyland Resort)

5. Pucker up at Adorable Snowman Frosted Treats. Adorable Snowman Frosted Treats, a reference to the Yeti in Monsters, Inc., serves up “It’s Lemon!” as well as “It’s Chocolate!” and “It’s Vanilla.” Be warned: People are already lining up for an hour or more to get one of these tasty cones, but apparently, it’s worth the wait! (Photo via Joshua Sudock/Disneyland Resort)

6. Meet Edna. There’s a new photo op must at Disneyland and Disney World. You can now meet the chic, stylish, and always opinionated Edna Mode from The Incredibles. In Disneyland, she will be holding court in Disney California Adventure, and at Disney World, she’ll be hanging out in the Magic Kingdom. (Photo via Joshua Sudock/Disneyland Resort)

7. Go to A Bug’s Land while you can. Pixar’s A Bug’s Land will be closing later this year, so this will be your last chance to take a ride on Heimlich’s Chew Chew Train, soar through the air on Flik’s Flyers, or scurry around on Francis’ Ladybug Boogie. The area will permanently close (around September) to make way for a Marvel-themed land. (Photo via Disneyland Resort)

8. Sneak into the Tropical Hideaway in Adventureland. Adventureland in Disneyland really needed another place to sit, relax, and grab a beverage or a bite, so we’re super excited for this particular Tropical Hideaway. Nestled between the Jungle Cruise and Walt Disney’s Enchanted Tiki Room, the new restaurant will take what was once Aladdin’s Oasis and transform it into an exotic escape inspired by the iconic rides next door. While there’s no specific date set yet, we’re hoping it’ll be open later this summer. (Photo via Disneyland Parks)

9. Visit Toy Story Land. A land dedicated to our favorite animated toys?! Yes, please! Beginning June 30, visitors will have the sensation that they’ve been shrunk to the size of a toy and will have the chance to explore Andy’s backyard alongside the likes of Woody, Buzz Lightyear, and Jessie. Slinky Dog Dash (a whimsical roller coaster) and Alien Swirling Saucer (promising to be “out of this world”) will be joining the always popular attraction Toy Story Mania in the new land located in Hollywood Studios. Make sure to stop by Woody’s Lunch Box for a variety of Toy Story-themed eats. (Photo via Disney World Resorts)

10. Make your summer truly incredible. In anticipation of Incredibles 2 (coming out this summer), there will be a big old celebration of the Parr family and friends in the Magic Kingdom. At the Incredible Tomorrowland Expo, visitors can meet Mr. Incredible, Frozone, Mrs. Incredible, and the before-mentioned Edna Mode, as well as attend the Super Party Time stage show. Of course, there will be special foodie offerings including the adorable Mrs. Incredible Pretzel Mask. The festivities will be going on throughout the summer until September 3. (Photo via Matt Stroshane/Disney World Resorts)

11. Shop at DisneyStyle at Disney Springs. We don’t exactly need an excuse to go shopping, but this one is a goodie. The DisneyStyle shop has just opened in Disney Springs West Side and is stocked with statement shirts, spirit jerseys, cute pins, and all the princess, Minnie, and Mickey gear you’ll need to make your visit even more stylish. (Photo via Disney World Resorts)

12. Take a photo in front of the Purple Wall with a Purple Wall Slush. Head to the entrance of Tomorrowland in the Magic Kingdom and snap a few pics in front of the newly enhanced #purplewall (yes, it has its own hashtag). This Insta-worthy wall has become almost as popular as taking a photo with Mickey and Minnie! Make the visit even better by grabbing a Purple Wall Slush, a taro tea slushie with tapioca boba pearls, whipped cream, and purple sprinkles. (Photo via Disney World Resort)

13. Party in summer style at the Disney H2O Glow Nights. On select nights (from June 21 to August 11) Toy Story characters take over Typhoon Lagoon Water Park for the Disney H2O Glow Nights. Inspired by the Pixar Toy Story short film Partysaurus Rex, the event includes a dance party, character meet-and-greets, and a variety of tempting food and drink offerings. Plus water — lots and lots of water. (Photo via Disney Parks)

15. Avoid the crowds during Disney After Hours. If you’d rather have a more intimate Walt Disney World excursion with way fewer people, consider staying up late and getting tickets to Disney After Hours. During 11 select nights from June to September, visitors can take advantage of a three-hour window where lines will be extremely short, and popcorn, ice cream, and select beverages will be passed out for free. They had us at the no-lines part. (Photo via Disney World Resorts)

16. Sip some vino at Wine Bar George. Famed master sommelier George Miliotes has just opened Wine Bar George in the heart of Disney Springs. On the menu are over 130 wines served by the ounce, glass, or bottle as well as small (and big) plates like grilled octopus, porchetta spiced pork cheeks, and the “Chocolate Experience” (a pairing of three wines and three chocolates). (Photo via Disney World Resorts)

17. Spend some quality time with Donald Duck and pals. Forget about Minnie and Mickey, go hang out with Donald! Join Donald Duck, LaunchPad, and Scrooge McDuck as they take over Dinoland, USA, in Animal Kingdom for a “Dino-Tastic” Celebration for Donald Duck. (Photo via Matt Stroshane/Disney World Resort)

What are you most excited to check out at Disney Parks this summer? Tweet us @BritandCo!

Sunny Chanel
Sunny Chanel is a freelance writer as well as the founder of the whimsical site Wonder and Company. When this proud San Franciscan isn't writing, working on her fixer-upper or doing crafts, she is playing dress up with daughter and planning her next trip to Disneyland.
Disney
Travel
Disney Travel Ultimate Guide to Summer Vacation
More From Travel