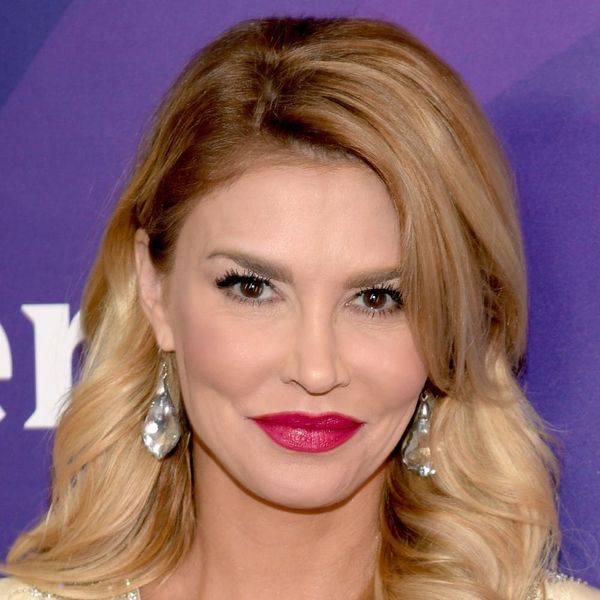 Real Housewives of Beverly Hills alum Brandi Glanville is no stranger to drama both on and off camera: The 44-year-old’s marriage to now-ex husband, Eddie Cibrian, ended in flames back in 2010 when he stepped out on her with country singer LeAnn Rimes.

Needless to say, there was no love lost between the two ladies, with both throwing countless jabs at one another through the years over everything from their parenting styles (Rimes became a step-mom to Glanville’s sons with Cibrian, Jake and Mason) to their lifestyle choices.

While things seemed to be cooling down in recent years, with Rimes most recently dedicating a Mother’s Day post to her once rival, they seem to have sparked back up again, with the reality show alum predicting a rather nasty future for the couple earlier this week. “I think when the 10 year mark [of their marriage] comes and he leaves her and takes half her stuff, we’ll be all good together,” Glanville quipped during an interview with E!.

Now, things are getting even more heated, as the mother of two has revealed to E! what sparked her ire. According to her, things took a turn for the worse when she began dating boyfriend Donald Friese.

The author claims that Rimes has been “going after“ her new beau and “checking his stuff” by watching his Snapchats with her assistants, even going so far as to take Mason and Jake to a restaurant that Friese had mentioned they were at on social media.

As she told the outlet, their drama has “never really gone away, but ever since I have been in this happy relationship, it seems that everything has amped up. I don’t understand.”

I've taken done that more times than I can remember. Stalking my boyfriend to show up with my kids was the last straw.

It was more than 43-year-old Cibrian could bear, as he jumped into the ring to defend his wife, saying that his ex’s predictions for them were “sad,” “sick,” and “not healthy behavior,” for which he was concerned. The actor also took to social media to post what he calls his own proof, showing a text exchange between Rimes and her assistant in which she is requesting a reservation at Nobu five days prior to Friese’s Tweet.

“LeAnn and I did not nor have we ever ‘shown up’ at places where Brandi will be,” he said. “Why would we do that? Makes no sense. We had a reservation at Nobu five days before Brandi posted where she was going. Here is the proof and if anyone needs more, call Nobu and they will confirm.”

He also praised his partner, saying, “I don’t normally respond to Brandi’s foolishness, but I will not allow false and reverse accusations go unanswered about my wife. LeAnn is a fantastic stepmom to the boys and is always gracious to their mother. Having to deal with Brandi’s made-up drama all the time is extremely frustrating. After eight years we should have one priority, making sure two incredible kids are loved and remain healthy and happy. But every couple of months there is another accusation coming up from Brandi in an attempt to drum up drama to stay relevant.”

Here’s to hoping these three are willing to patch things up, if for no other reason than the sake of their shared children.

Are you on Brandi’s side with this one or Eddie and LeAnn’s? Let us know over @BritandCo.

Nicole Briese
Nicole is the weekend editor for Brit + Co who loves bringing you all the latest buzz. When she's not busy typing away into the wee hours, you can usually find her canoodling with her fur babies, rooting around in a bookstore, or rocking out at a concert of some sort (Guns N' Roses forever!). Check out all her latest musings and past work at nicolebjean.com.
Celebrity Breakups
Celebrity News
Celebrity Breakups Celebrity Couples Controversy
More From Celebrity News