Bratz Dolls Are the Latest Beauty Inspiration Taking Over Instagram 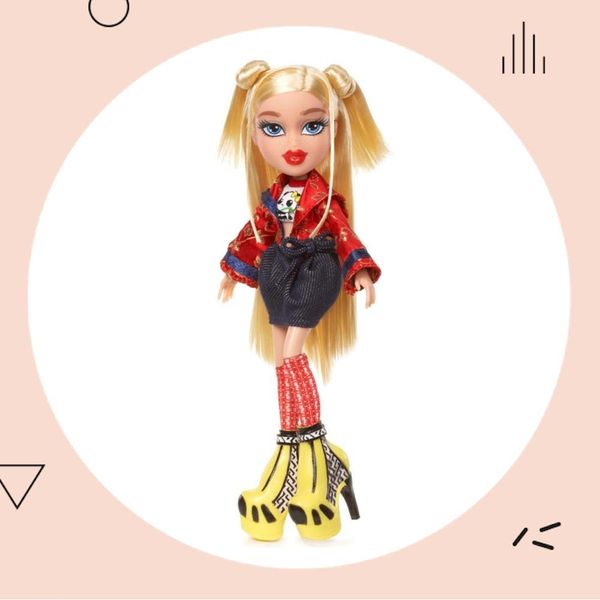 If you had a Bratz doll growing up, you were pretty much the epitome of cool on most school playgrounds. They were like the edgy version of Barbie, outraging many parents who felt they wore too much makeup and that their clothes were way too risqué. Nowadays, people are recreating Bratz doll makeup on Twitter, and we are stunned by how spot-on the side-by-side photos are.

When they first hit toy store shelves in 2001, the Bratz dolls were the antithesis of straight-laced Barbie, who had previously cornered the female toy market.

So why wouldn’t beauty lovers want to try their hand at Bratz-inspired glam? Exactly.

when you're finally the bratz doll your 7 year old self always aspired to be pic.twitter.com/pk9dZuN4AV

Teenage makeup guru Natalie Martinez, AKA @ahoynatalie, grew up with the sassy dolls and was inspired by their ~lewk~ so she gave it a try herself. “When I was younger I always wanted to be a Bratz doll — I had all of them and the movies,” she told Yahoo Lifestyle.”I always thought Bratz were cooler than Barbie in terms of fashion and makeup; they honestly had a ‘passion for fashion,’ and a lot of girls get inspired by them today still.”

Martinez has launched a trend of flawless liquid liner and strong brows, and people are posting their own attempts at Bratz-level glam on Twitter. Check out the incredible results below.

i was born to be yasmin, even with the undereye mole 😸 pic.twitter.com/zhJWC1rud2

Call me Sasha lol she was my fav 😍💕 pic.twitter.com/yWghKC1BGL

if this bratz doll was a boy it would be me pic.twitter.com/1Z3s9tHyLn

I recreated Jade from bratz and realized I should've smiled 😭 pic.twitter.com/WLBgZkqHOl

Bratz Dolls had a vision
2017 makeup goals since 2001 pic.twitter.com/CYRlLw0Y2U

Do you love these real-life Bratz dolls? Tweet us your comments by mentioning @BritandCo.

Arielle Tschinkel
Arielle Tschinkel is a pop culture junkie who went to NYU because the Olsen twins went to NYU (really). She is a freelance writer whose work has also been featured on HelloGiggles, Refinery29, SheKnows, Bustle, Hollywood.com, and many others; and she's living her dream one Britney Spears GIF at a time. Follow her on Twitter @mrstschinkel or visit her website at arielletschinkel.com.
Makeup
Beauty News
Makeup Nostalgia
More From Beauty News