This Maker Creates TV + Movie Sets Out of PAPER! 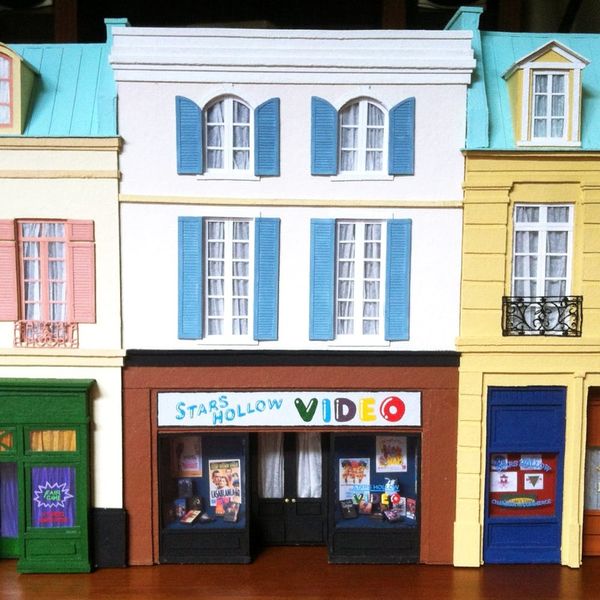 Friends was just released on Netflix and it’s bringing back all the memories of wanting to hang out in Monica’s apartment. And after that, we know you washed it down with a desire to drink coffee at Luke’s Diner with Gilmore Girls‘ Lorelei. Why are we taking you back to your new year Netflix queue? Because of Bruna Conforto, that’s why. We’ve told you about this maker before, you know the one who recreated Monica’s purple pad using paper? Well, she’s back with more to her pop culture paper world. Get ready to have your minds blown.

Bruna Conforto, the Brazilian artist and electrical engineer behind the Friends set masterpiece, makes structures completely out of paper. Now all we want to do is step into Bruna’s Paper World. We would totally take the chance to hang out in the Hogwarts castle if that was an option.

The artist intricately creates scenery from Friends (OMG YOU GUYS, she has plans to make Central Perk soon), to Harry Potter and Gilmore Girls solely out of paper, delicately detailing everything by hand painting. Yeah, girl is talented.

Bruna told BuzzFeed she uses tweezers, a precision knife, paper, glue and paint to create all the baby set pieces. She must be a serious pro at Operation.

Bruna told Mashable that most of the creations typically take two weeks to finish, but Monica’s apartment took two years, since Bruna was still in school and had limited time to make.

Take a tour of more mini sets in Bruna’s Paper World on her Facebook and Tumblr.

Which TV set would you want to live in? Let us kn0w in the comments.