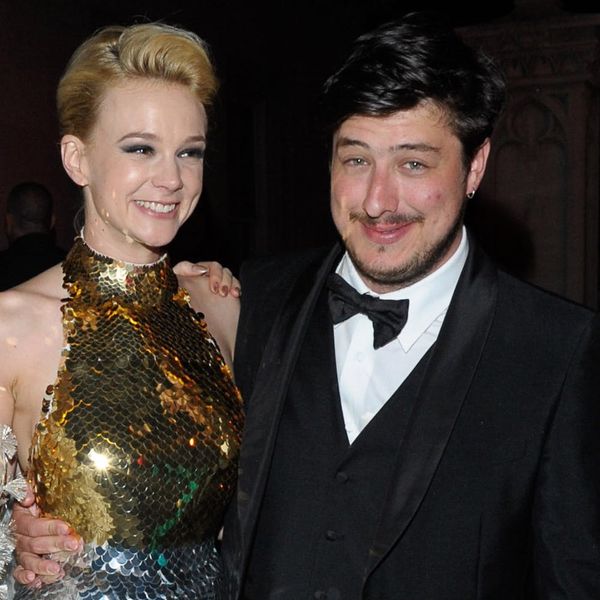 Congratulations are apparently in order for Carey Mulligan and her musical hubby, Marcus Mumford (yes, the lead singer of Mumford and Sons). The actress just confirmed that they welcomed their second child.

At a press conference for her new movie, Mudbound, at the Toronto International Film Festival on Monday, People asked the Great Gatsby star about being a mom of two, to which she replied simply yet sweetly, “It’s good, thank you!”

After the press conference, Mulligan attended a cast dinner in support of Mudbound. According to People, she wore a navy silk dress from Chanel’s Fall-Winter Ready-to-Wear collection, along with a black Chanel belt and ankle-strap sandals.

Mulligan and Mumford were childhood pen pals who lost touch and reconnected as adults. They married back in 2012 and are already the proud parents of two-year-old Evelyn Grace, who was born in September 2015.

Mulligan is intensely private, so we don’t have any other details about her newest little addition — and we may not get any for some time. “Marcus is the only thing that’s mine that I can keep totally away, so I try to,” she told Vogue of her personal life in April 2015.

Considering they chose a name for their eldest that was popular exactly 100 years before their daughter was born, though, we have to wonder what they’ve picked for their second child. Perhaps another traditional moniker? Or maybe one of the names that are quickly going extinct and disappearing?

Do you prefer traditional names or more modern monikers? Let us know @BritandCo!