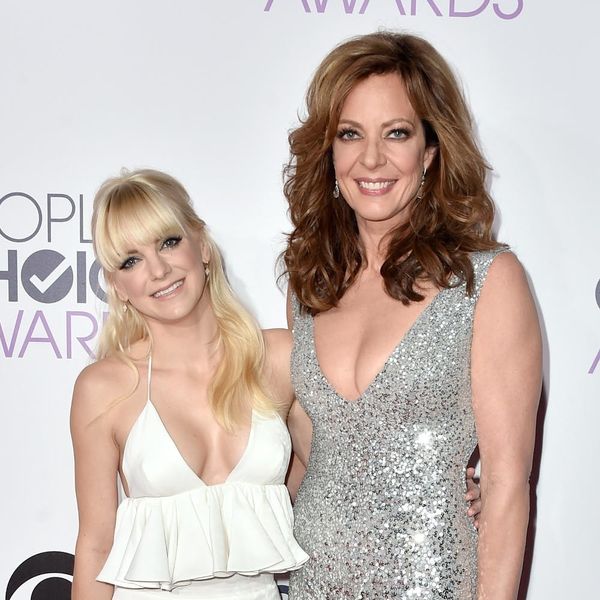 Plenty of people in Hollywood are willing to show up to marches and speak at rallies (which we’re totally grateful for, BTW), but when it comes to putting your money where your mouth (or, er, belief-system) is, it’ll take a lot to top the folks behind CBS’s Mom.

The cast and crew have donated their entire Emmys campaign budget to Planned Parenthood (i.e. the money they would have normally spent on trying to nab themselves an Emmy nom/win), amounting to an impressive $250,000 headed to support the key services the organization provides.

During the announcement on CBS This Morning (according to Refinery29) with star Allison Janney, co-creator Chuck Lorre explained, “When we discussed with Warner Bros., the production company behind Mom, what our Emmy campaign might be — a lot of money — I just blurted out, ‘Let’s give the money to Planned Parenthood.’ And they took me seriously.” Whether he meant to be serious or not, it ended up being a pretty impressive charitable move.

Following stars like Halsey who’ve made massive donations, hopefully acts like this will help people realize that there are many reasons why it’s so important that we continue to stand with Planned Parenthood as it faces further cuts and defunding.

What do you think about the fact that Mom is donating their entire Emmys campaign budget to Planned Parenthood? Let us know @BritandCo!

Desiree O
Desirée O is a ‘Professional Bohemian’ who loves anything and everything related to the arts, entertainment, and pop culture. She ADORES being a ‘Newsy’ for Brit + Co, covering all of the latest tidbits of awesomeness that you want to read about. When she’s not writing, she’s either making messy art, going on long adventurous walks with her camera, or poking around over at bohemianizm (http://www.bohemianizm.com/). You can find out about Desirée O and her work at http://DesireeO.com/ or follow her on Twitter @DesireeO.
Politics
TV
Politics Womens Health
More From TV