10 Unforgettable Moments of Celebrity Activism in 2018 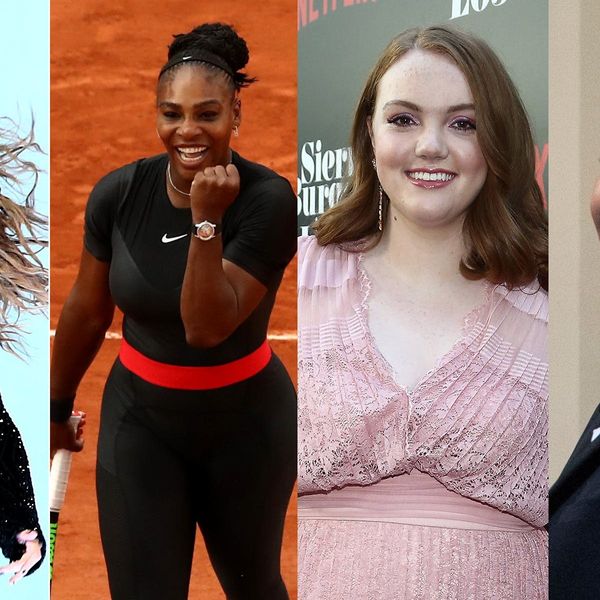 2018 was politically charged right from the get-go. With the advent of the Time’s Up movement followed by, among other things, celebrities calling out the NRA and even two Kardashian sisters working to right injustices, 2018 brought 12 months of jam-packed political discourse in Hollywood.

Here are 10 of the most unforgettable moments of celebrity activism in 2018:

Many of us woke up on January 1, 2018 to learn of a new initiative launched by 300 women in Hollywood to help combat gender inequity and sexual harassment in the workplace. Called Time’s Up, the movement’s goals extend beyond changing how Hollywood treats women. It supports women across all industries by helping them secure access to legal support to stand up against hostile work environments.

Since January, the movement has become a powerhouse global enterprise with a CEO in former WNBA president Lisa Borders and celebrity support from the likes of America Ferrera, Reese Witherspoon, Emma Watson, and others. The group raises funds that go directly to the National Women’s Law Center (NWLC) to support legal cases initiated by women against employers. Since January, more than 3,400 women and men have accessed the fund’s services, and to date, Time's Up has raised over $22 million on its GoFundMe page.

Just days after the launch of Time’s Up, celebs showed up to the Golden Globe awards to celebrate the year’s best in television and motion pictures. And while many of the stars in attendance showed their support for the organization by wearing black in protest or sporting dedicated pins (designed by Reese Witherspoon!), several stars took their activism to the next level by arriving on the red carpet with activists as their dates for the glitzy Hollywood affair.

Although Oprah Winfrey has never shied away from speaking on her beliefs, the former talk show host used her acceptance speech for the Cecil B. DeMille award at the Golden Globes to talk about everything from breaking barriers as a Black woman to supporting freedom of the press against cries of "fake news," while encouraging everyone to advance the #MeToo movement.

“I want tonight to express gratitude to all the women who have endured years of abuse and assault because they, like my mother, had children to feed and bills to pay and dreams to pursue,” Winfrey said during her speech. “They’re the women whose names we’ll never know. They are domestic workers and farm workers. They are working in factories and they work in restaurants and they’re in academia, engineering, medicine, and science. They’re part of the world of tech and politics and business. They’re our athletes in the Olympics and they’re our soldiers in the military.”

“And when that new day finally dawns, it will be because of a lot of magnificent women, many of whom are right here in this room tonight, and some pretty phenomenal men, fighting hard to make sure that they become the leaders who take us to the time when nobody ever has to say ‘Me too’ again.”

Eldest Kardashian sister Kourtney headed to Washington, DC, in April to testify before Congress for a cause near and dear to her heart: safer regulations for makeup in the US. Working with the Environmental Working Group and representative Frank Pallone, the Keeping Up With The Kardashians star and mom of three lobbied for stricter rules on beauty product additives, particularly in the wake of reports that Claire’s had to pull cosmetics over concern of asbestos contamination.

After Kardashian's testimony, Rep. Pallone, along with representatives Dianne Feinstein and Janice Schakowksy, introduced a bill for stricter regulations on cosmetic safety. The Safe Cosmetics and Personal Care Products Act of 2018 was introduced in September of this year, and has been handed to the Committee on Energy and Commerce and the Committee on Education and the Workforce before it will be brought back to the House for a vote, probably in the new year.

Parks and Recreation shuts down the NRA.

Shortly after the devastating shootings at Parkland, Florida’s Marjory Stoneman Douglas High School in February, the National Rifle Association took to Twitter to thank the group's media representative, Dana Loesch, for jumping into the fray to support their organization. Except they used a gif of Leslie Knope, the beloved character played by Amy Poehler on NBC’s Parks and Recreation.

The use of the image of kindhearted, anti-violence Knope angered fans. It also incensed the show’s creator and stars, who clapped back at the NRA for using the beloved character to push their political agenda.

“Hi, please take this down,” Mike Schur, the show’s creator, tweeted under his “Ken Tremendous” account. “I would prefer you not use a GIF from a show I worked on to promote your pro-slaughter agenda. Also, Amy isn’t on Twitter, but she texted me a message: ‘Can you tweet the NRA for me and tell them I said f*ck off?'"

Although she has publicly distanced herself from her husband’s political beliefs, reality star-turned-mogul Kim Kardashian West headed to Washington, DC, in June to meet with President Trump and advocate for prison reform. Though her visit raised eyebrows, it turned into an unexpected activist twofer: While Kardashian had hoped to discuss prison reform in general with the president, she also managed to commute the sentence of 63-year-old great-grandmother Alice Marie Johnson, who was incarcerated in 1996 on drug-related charges.

After seeing a video on Mic about Johnson, who was sentenced to life in prison for her role as a drug communication facilitator (and not a dealer or trafficker), Kardashian West said she felt the need to push for prison reform to help women like Johnson and others who have suffered oppressive prison sentences for drug-related charges.

For newly-minted royal and soon-to-be mom Meghan Markle, some royal rules seem made to be broken. The outspoken American actress has, since becoming part of the royal family, broken fashion rules, public appearance rules, and public speaking rules — possibly to the chagrin of her grandmother-in-law, the queen.

And although Markle isn’t the only royal to address issues that are near and dear to her heart, her continued dedication to feminism and feminist issues stands out among the more subdued pursuits of her in-laws.

“I am proud to be a woman and a feminist,” her official bio page as the Duchess of Sussex reads. It’s a refreshing addition to the family, and hopefully gets more women excited to say the same.

Taylor Swift breaks her political silence in a major way.

One month ahead of this year’s midterm elections, Taylor Swift — previously silent on her political beliefs — took to her Instagram to declare her intent to vote for Democratic candidates Phil Bredesen for Senate and Jim Cooper for House of Representatives in her home state of Tennessee.

“In the past I’ve been reluctant to publicly voice my political opinions, but due to several events in my life and in the world in the past two years, I feel very differently about that now,” she wrote. And the message wasn’t just about who to vote for either.

Swift had been accused of being an “envoy for Trump’s values” by the UK’s The Guardian for remaining silent on political issues, and had become something of an unwitting poster child for the so-called alt-right and other white supremacists, some of whom publicly upheld her as an ideal woman. Swift’s declaration against the GOP was not only a clear rebuke of her racist fans, but of Trumpian politics in general — and, loudly, of hate speech, racism, and homophobia.

Is there anything Serena Williams can’t do? When she isn’t winning titles, being an incredible mom, modeling, or helping other Black mothers navigate the health system, the GOAT tennis star is also changing how women are treated post-birth in her professional association. And it’s all thanks to her controversial catsuit.

After the French Tennis Federation banned Williams' black compression garment, which the athlete had to wear after her post-pregnancy complications, the Women’s Tennis Association updated its rules for 2019. The revision specifically mentions compression leggings and pants, deeming such items completely permissible for athletes.

And on top of that, the WTA has updated the timelines during which women players can utilize their rankings postpartum. Previously, women only had two years to return at their previous rank in order to compete in tournaments. Thanks in part to Williams, returning mothers have up to three years.

Often, when we’re suffering from mental illness, we feel isolated and alone — especially if our illnesses are little talked about. For singer Camila Cabello, it was important to speak out about her affliction (one she shares with advocate and actress Shannon Purser): Obsessive Compulsive Disorder (OCD).

The "Havana" singer told Cosmopolitan UK, "If I get really stressed thinking about something, I’ll start to have the same thought over and over again, and no matter how many times I get to the resolution, I feel like something bad is about to happen if I don’t keep thinking about it."

A few days later, Purser came clean about her own struggles with OCD and suicidal ideation, offering an important reminder that OCD isn’t just about compulsive hand washing, or turning lights off and on. By sharing their stories, both women helped change the perception of OCD and of mental illness, in general, and offered a reminder to others who may suffer that they are not alone.

Kat Armstrong
Kat has been a writer, social media maven and mom for longer than she's willing to admit. She's also spent time in front of and behind the camera, interviewing celebs, politicians and acting as a producer for fashion and artistic photography shoots. When she isn't writing for various orgs and publications, she's hanging with her kids, husband and French Bulldog, Peter, in Toronto, Canada.
Celebrity
Empowerment
Celebrity Activism Best of 2018
More From Empowerment