12 of the Most Epic Celebrity Hair Transformations of 2015 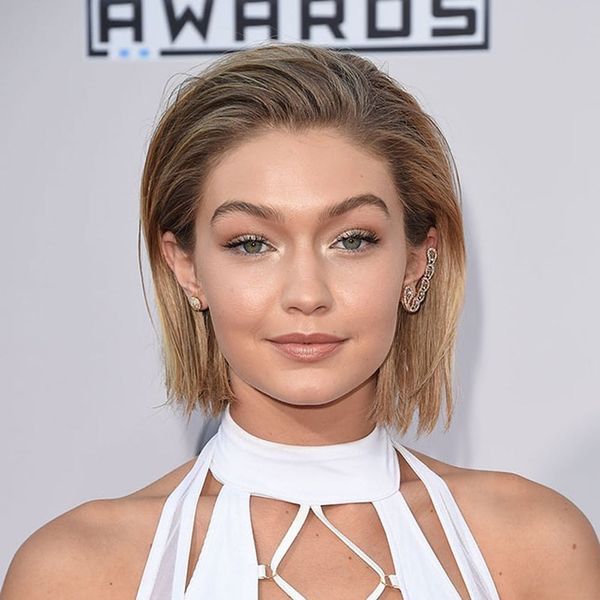 Celebrities have made major changes to their locks this year. Color, cut and style inspo was seen everywhere (Insta, Snapchat, the red carpet + beyond) and on everyone from Lauren Conrad to Zendaya. Whether we were shocked by a celeb changing up their medium hairstyle for a fresh chin-grazing bob or heading to the salon with a pic of Kim Kardashian’s platinum locks in hand, 2015 was definitely the year of #hairgoals. As we approach 2016 with the new year, new hair Miley mindset, check out this list of the most epic celebrity hair transformations from the past 365 days.

1. Lauren Conrad Goes Red: Bye bye, blonde! LC shocked us all when she debuted an Ariel-esque hair hue that totally refreshed her look. The ginger red hue is super flattering and looks great with a deep side part. (Photo via @laurenconrad)

2. Emma Watson Makes a Major Snip: Emma Watson kissed her long, flowing locks goodbye recently and got on the short hair trend that emerged in 2015. We have to say that a super short ‘do suits her really well and frames her face nicely. (Photo via @lukewindsor)

3. Caitlyn Jenner Gets Bangs: Caitlyn Jenner’s bangs really switched up her look this year. It’s no secret that a few snips of the face framers can dramatically change your look, so don’t take this trim lightly! (Photo via Bauer-Griffin/Getty)

4. Gigi Hadid Rocks a Dramatic Post-Breakup Cut: What boyfriend? Gigi Hadid made us all forget about her ex Joe Jonas’s breakup when she stepped out rocking this short haircut earlier this year. While we love her long hair, this chin-grazing bob is everything. (Photo via Jason Merritt/Getty)

5. Clare Bowen’s New Pixie Is Inspiring: Clare Bowen chopped off her hair for a short and sweet pixie cut to prove to children battling illnesses that you can be a princess with short hair too. Beyond the inspiring message behind the ‘do, Clare looks incredible with her fresh cut. (Photo via @clarembee)

6. Lorde Straightens Things Out: Woah! Lorde looked like a totally different person when she stepped out with hair that was as straight as a board. Her seriously gorgeous curls are usually on display — which we love — but it was nice to see her switch it up a bit. (Photos via Andrew Toth/Pascal Le Segretain/Getty)

7. Jennifer Lawrence Gives Serious Bob Envy: J. Law can do no wrong, y’all. She can rock everything, from long locks to a lob to a pixie, flawlessly. That said, the bob she recently debuted was arguably her most epic ‘do of the year and proved to be a super versatile option in terms of styling. (Photo via Gregg DeGuire/Getty)

8. Dascha Polanco Goes for the (Rose) Gold: Rose gold hair is a thing — an amazing thing. Dascha Polanco stepped out this year looking totally different with a sleek rose gold ‘do. If you’re looking to make a major change in 2016, rose gold could be your answer. ((Photo via Ben Gabbe/Getty)

9. Jennifer Hudson Shaves It Off: Jennifer Hudson shaved her head this year for one of the fiercest looks in 2015, hands down. Who said you need a bunch of hair to kill it? (Photo via @iamjud )

10. Kelly Ripa Gets Her Rainbow Hair On: Hair that spans the colors of the rainbow was all the rage this year — just ask Kelly Ripa. From blue to pink, Kelly proved that you can sport pastel-hued hair any time of year as long as you rock it with confidence. (Photo via @ryantrygstadhair)

11. Zendaya Wigs Out: 2015 was the year of Zendaya’s hair, y’all. The queen of rocking two totally different looks from day to night showed that wigs and creative styling are all you need to transform your locks. (Photo via @thefashioncodebyannie)

12. Kim Kardashian Lightens Her Look: When Kim Kardashian debuted platinum blonde hair this year, we were shocked to say the least. It was *such* a change from the dark color she usually sported, but it proved that you can go drastically bold with your color and have it totally work — and that you don’t have to wash your hair for a week. (Photos via @kimkardashian)

Tag us in your favorite celeb hair moments from 2015 on Instagram @britandco!