15 Books You Should Read This February 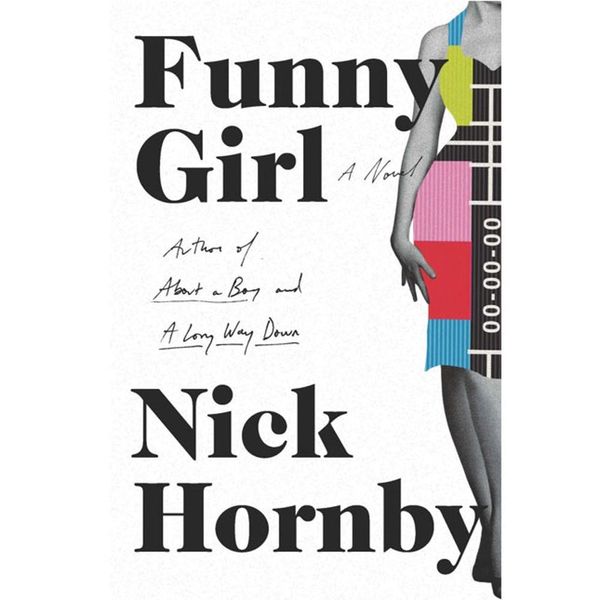 There’s an underlying theme of girl power that runs strong in this month’s biggest book releases. Nick Hornby takes on Hollywood’s double standard that you can’t be hot and funny in his new book, Funny Girl, while Girl Runner features a once-celebrated, now-forgotten Olympian and feminist icon. For non-fiction lovers, Sonic Youth front woman Kim Gordon is gifting the masses with her long-awaited memoir. There are plenty of love stories to get lost in this February, but the best things about these books is that they celebrate women.

1. Single, Carefree, Mellow by Katherine Heiny ($18): Lena Dunham is raving about this collection of short fiction stories, nearly all about forbidden love. Heiny has this incredible talent for transforming the ordinary into something extraordinary. (out Feb. 3)

2. Girl Runner by Carrie Snyder ($20): This novel about a 1920s female Olympic runner will have you hooked. In the book, Aganetha was once a celebrated athlete, but now she’s all but forgotten and alone in a nursing home. When two young journalists show up wanting to interview Aganetha for a documentary, she agrees, discovering new things about herself in the process. (out Feb. 3)

3. City Beasts by Mark Kurlansky ($12): These 14 short stories take readers to New York City, Miami and other urban playgrounds. What’s interesting about them is the way animals and people interact. In cities, animals are usually ignored or unwanted, but Kurlansky’s unique cultural lens just may have city-dwellers looking out for them. (out Feb. 3)

4. My Heart and Other Black Holes by Jasmine Warga ($15): In this YA novel, 16-year-old Aysel is fixated on plotting her own death. Actually enjoying physics class hasn’t exactly made her one of the cool kids, and it doesn’t help that her father is a criminal. Aysel makes a suicide pact with a group of other teens through a website, but as she gets closer to her suicide date, her life starts taking an interesting turn. (out Feb. 10)

5. Red Queen by Victoria Aveyard ($14): The second YA book everyone will be talking about this month is Victoria Aveyard’s debut novel Red Queen, the first in a trilogy. In the book, all people are either common or silver-blooded elites with superhuman abilities. Seventeen-year-old Mare gets caught between the two worlds when, through a twist of fate, the elite leader gets her to pretend to be one of “them” and betrothes her to his son. (out Feb. 10)

6. The Wonders by Paddy O’Reilly ($12): This novel brings together an imaginative cast of characters who are sort of modern day circus freaks. They all have undergone a medical experiment, such as living with a brass heart or being covered in black, tight wool. The book’s deeper question of whether pushing the limits of what we can do scientifically is always good will challenge the way you think.

7. Funny Girl by Nick Hornby ($21): The beloved author of High Fidelity, About A Boy and A Long Way Down is back with his seventh novel. Set in the 1960s, the book follows a small-town girl named Sophie who moves to London and becomes one of the most famous actresses in Britain. You’ll fall in love with Barbara and her woman-crazy TV husband (and on-again-off-again boyfriend), along with the director who secretly pines for her and the writers Bill and Tony, who have an amusing, odd-couple relationship. (out Feb. 3)

8. Mind Change by Susan Greenfield ($18): In this book, neurologist Susan Greenfield explains how using technology all the time has actually changed the neural networking in our brains. Her research comparing people born before the social media boom and after is fascinating. (out Feb. 10)

9. Obsession In Death by J. D. Robb ($21): If you want to lose yourself in an addictive, hard-boiled novel, Obsession In Death is right up your alley. In it, a detective named Eve has become the the target of a killer due to her talent for solving high-end murders. This killer seems to be the trickiest one yet. (out Feb. 10)

10. Welcome to Braggsville by T. Geronimo Johnson ($19): Welcome To Braggsville will have you chuckling the whole way through. This satire about class, race and highbrow versus lowbrow follows a Berkeley undergrad as he finds himself caught between his seemingly outdated Georgia hometown and his over-intellectualized new city. No matter where you live, you just might relate to it a little too much. (out Feb. 17)

11. Making Nice by Matt Sumell ($19): In this heartbreaking, yet laugh-out-loud novel, protagonist Alby lashes out at everyone in an act of misplaced anger after his mother dies. As he burns bridges left and right, it’s the little things, like a toddler in a diner and spoon-feeding his grandmother, that help him find his place in the world again. (out Feb. 17)

12. Dorothy Parker Drank Here by Ellen Meister ($20): This comic novel celebrates the late poet Dorothy Parker, who would rather hang around in limbo than disappear into the afterlife. She finds her drinking buddy in 1970s novelist Ted Shriver, who might be dying of cancer but is refusing treatment, choosing to drink at the Algonquin Hotel instead. Big life questions about the meaning of tragedy and what you let define you emerge as they form a unique relationship. (out Feb. 24)

13. Discontent and Its Civilizations by Mohsin Hamid ($20): Hamid has called Pakistan, Great Britain and the U.S. all home, and his essays about the interesting ways they overlap — in pop culture, politics and lifestyle — make for a smart read. Tearing down stereotypes and assumptions, Hamid gives an insider’s look that is truly unique. (out Feb. 24)

14. Amherst by William Nicholson ($19): Yes, you Downton Abbey fans, there’s a book for you too. This book is about not one, but two love affairs, one in present day and one from the past. Alice travels to Amherst as part of her research for a screenplay she’s working on, which is about an affair between two Amherst college employees. Once there, she gets into a bit of mischief of her own. (out Feb. 10)

15. Girl in a Band by Kim Gordon ($21): Sonic Youth front woman Kim Gordon’s memoir is a must-read. Not only does she talk about her time in the band, but she also talks about being a mother, feminist and fashion icon. She paints a nostalgic picture of New York City in the ’80s and ’90s as she describes her time living there. Read it and then gift it to your favorite teen so the music lives on. (out Feb. 24)

What book are you most excited to read? Tell us in the comments.